I am trying to install Genie 2 2017.2 from Oticon website, but even with the correct 2017.2 file name, the actual version installed is 2017.1, and I see no way to upgrade it.
Can somebody help me with that?
Thank you. 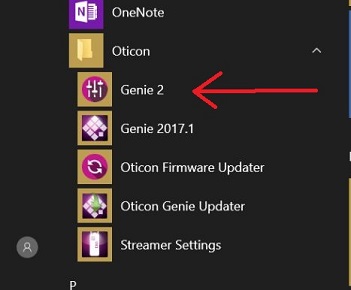 Correctamundo! For more info go to the software thread,
How to find Fitting Software to Program Your Hearing Aids [DIY]

That is the point, there is no Genie 2 icon, just Genie2107.1, Oticon Genie Updater, and Oticon Firmware Updater.
The file downloaded from Oticon is Oticon_Genie2__2017.2 but (apparently) just installs Genie2017.1.
This is the first time I install it, so there was no previous version installed.

There is no “C:\Program Files (x86)\Oticon\Genie\Genie2\Genie.exe” file…

What I am trying to say is that the downloaded file seems to be incomplete… there is no Genie2.exe on the Genie2 folder.
I installed twice, from different Oticon locations, but the problem is the same.

What I am trying to say is that the downloaded file seems to be incomplete… there is no Genie2.exe on the Genie2 folder.

Yes, we understand. Though, pictures would be nice.

Maybe therein lies your problem; Install it from the place indicated in this clip; 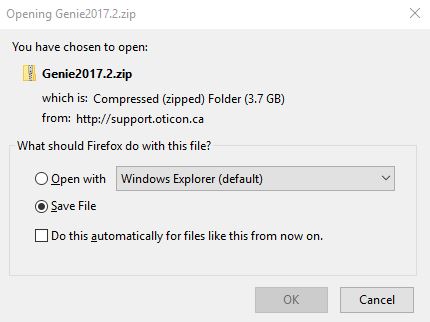 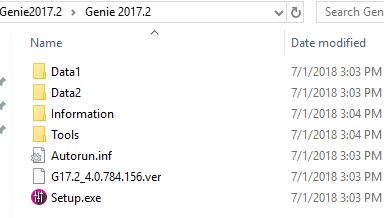 If you’re using Windows 10 (or maybe even Windows 8), make sure you’re not using the shortcuts found in the Start Menu --> Recently added. You need to scroll down to the Oticon folder as shown in the sceenshot from my post above.

I mention this because I made this mistake and installed the Genie software twice before I realized I wasn’t looking in the right Start Menu folder.

Mikejl, your guessing was correct; I did the same as you…
As the installation process creates the Genie icon and no Genie2 icon, the first (and wrong) conclusion is that it was not installed.
After following pvc recommendations I also realized that.
Thank you !!

pvc, now I understand what happened.
The first time I downloaded from Oticon CA, following your 2017 clip information.
As after the installation process I did not find the Genie2 icon, I assumed that the current zip file had some problem (at that point, I did not search for Genie2 on Oticon folders).
So I tried another Oticon location (UK) for download. The zip file has the same size (3.92GB), and the unzipped folder has the same files names… and the result seemed to be the same, as no Genie2 icon was created. So I thought both had the same problem.
At that point I wrote the question and when you said to search for Genie.exe on Genie2 folder, I was doing that on the UK based installation. And there was no Genie.exe there.
After your last reply, I started over again using the Canada site, and I found Genie.exe as you said before.
So, you were right from the beginning …
What about the Genie 2017.2 Service Pack 1, should it be applied?
Thank you again for your help !!

No you are good to go.

Hello there. I am looking to download Oticon Genie 2 for free. Is there any link where I can get it, please?