Costco Hearing Aids ARE NOT LOCKED! except KS5/KS6

GN ReSound is the only manufacturer that used a Costco-business-model of locking Costco/Kirkland brand Hearing Aids/HAs to a Costco version of their Aventa fitting software, and that was only for the Kirkland Signature5 and Kirkland Signature6 (KS5 and KS6). The not-locked Costco Phonak Brios always had the ability to be programmed with the normal version of Target fitting software

However, beginning with the Kirkland Signature 7/KS7 Costco has switched away from GN ReSound to using Rexton as the KS manufacturer. Therefore the KS7s can now be programmed with the normal version of Connexx fitting software.

From this point forward Costco has never again used a locked version of the fitting software. I guess they learned their lesson. The used KS5 and KS6 became worthless bricks unless you were a Costco member and demanded that Costco program them for you.

Now can we put this issue to rest?

Thanks for the clarity on this. I knew the Phonaks weren’t locked, and plan to give them to the audiologist I went to before using Costco. She uses my old aids for patients she know who need but can’t afford hearing aids. This will be the fourth pair I’ve given her over the years.

But you’re depriving people of a an excuse to bash Costco. :>)

I’ve noticed a lot of Costco Phonaks on eBay. That’s good there not locked. Especially good for DIYers.

It seems that GN ReSound and Costco have teamed up again to bring back software locked hearing aids. Scroll down to the bottom of this post to find a list of locked hearing aids;
How to find Fitting Software to Program Your Hearing Aids [DIY].

They connected happily to Target 5:3 with my iCube I today. 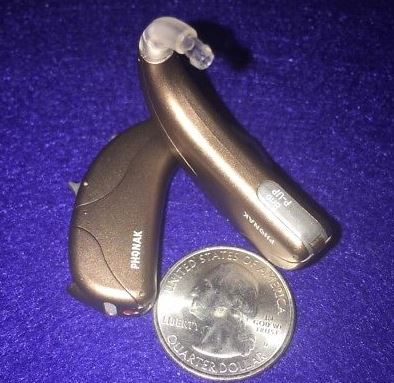 Yes these are the HAs that I bought. Are you the seller?

No, it was just a guess after looking at the EBay Sold Items.

Now can we put this issue to rest?

Corona, Welcome back! PVC has decided to retire from the DIY part of the forum. Dusty has been keeping things going. Guess we won’t know for sure if KS9s are unlocked until somebody tries it, but since Brio, Brio 2 and Brio 3 were unlocked, it seems likely that KS9 will be unlocked to (as well as presumably upcoming Brio 4. Hope all goes well. Still using your KS7s? I’ve still got mine.

Can anyone confirm if the new Phonak Brio 5 B-675 is locked to Costco?

Is this still true up to this day Jun 2022? Hope this info can be updated for those who want to buy latest Phonak Brio 5 from Costco and into DIY programming

Costco hearing aids aren’t locked, you’ll be fine to use Phonak and do DIY programming.

Thanks for the updated info

Great info PVC! Thanks a lot. It seems that from the beginning Phonak models sold at Costco were always unlocked.