Background: Currently wearing Phonak V90s, with a custom mold cShell having AOV venting in the left and a Power Dome in the right. I’m expecting M90s in 9-11 days, which I will fit myself. I am going to try to maximize speech intelligibility. To that end I want to maximize available gain in the higher frequencies, therefore minimize feedback, and therefore maximize occlusion.

I wanted to try “de-venting” the cShell. What I did was cover the outer vent opening with duct tape. I would have done the same to the inner opening, just to avoid any residual sound passing through the outer piece, but I didn’t want to risk having to go the ER for extraction of a little piece of duct tape from my ear canal. As it turns out, the outer tape does the job quite well. Whereas previously I felt that the Power Dome was more occlusive than the (vented) cShell, now it’s obviously the reverse.

There are some aural (not physical) discomfort issues related to “head noises” with this degree of occlusion which I won’t detail right now, but I think I might adapt.

Here is the before (top) and after (bottom) with no changes except the roughly 8mm square of duct tape, and Target disabling the left “Use estimated vent” check box under the Feedback and real ear test result with the tooltip advisory that “Estimation of vent not possible with the measured feedback threshold or the client is below 10 years.” The solid magenta line is feedback threshold, the thicker blue lines are gains (80/65/50 dB) and the lighter blue lines are target gains for those levels. 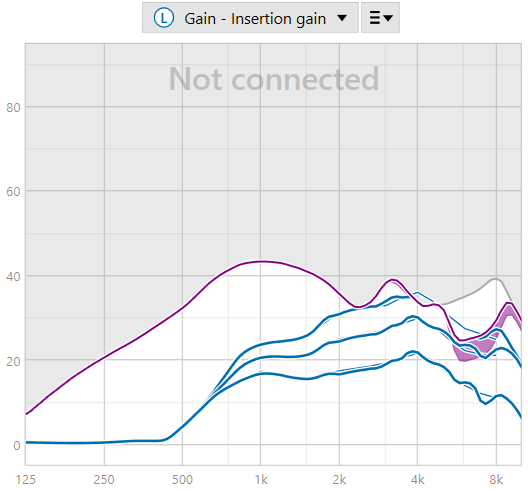 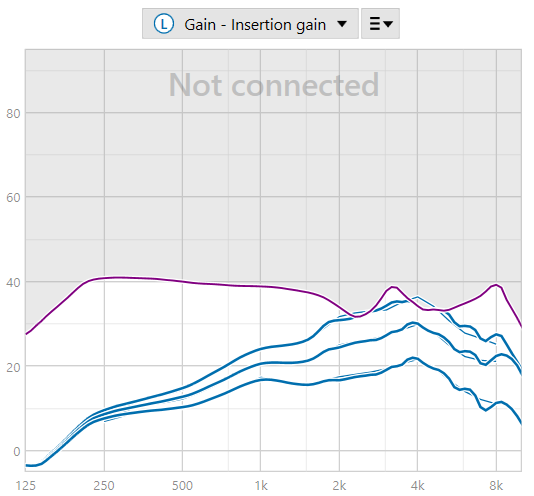 I wanted to try “de-venting” the cShell. What I did was cover the outer vent opening with duct tape

Funny thing! I did the same a year ago using a toothpaste ti close only the outer part of the vent. I am able to reopen it on my own. The background noise in low frequency dropped dramatically. Side effect: while streaming music it sounds bomBASStic

The effect even increases a little bit when using closed soft silk molds.

You can actually get special plugs for this very purpose from any audiology clinic, also I believe you can have moulds made with adjustable vent size, there was a thread on this here, use the search button and see if you can find it.

Phonak molds can be ordered with any of a variety of vent sizes, including no vent and Acoustic Optimized Vent (requires audiogram with the order). But there’s nothing on the order form for the Marvel line to indicate adjustable venting. For my current left V90 I already had one with AOV venting and wanted to experiment with no vent to see what I might want for my incoming M90s.

Use the search button to find that old thread, nothing to do with Phonak, you can have custom moulds made by a number of different companies.

Too many custom mold old threads to know which is that old thread, but I did find that a big name in third party makers is Westone. I didn’t know there was an alternative to (in my case) Phonak, so thanks for that.

But there’s nothing on the order form for the Marvel line to indicate adjustable venting.

Oops, there is. I overlooked, because at the time I didn’t know what it meant, the SAV option. That stands for Select-a-Vent.

Yep you got it, but remember you actually need to have a physical mould made that way ; ) for you to get the desired results.

Yes indeed! Offhand I don’t see why I wouldn’t go with SAV, unless it turns out there’s not enough room on the cShell for it.