First, I contacted Phonak whether there would be a Naida Marvel UP and got this response: “We are committed to launching a Naída UP with the latest connectivity benefits including RogerDirect, and can confirm it is in development; however this is going to require more time, and we do not anticipate having a UP device in the Marvel family.”

I’ve been programming the Phonak myself (making over 52 adjustments) and I don’t trust our audiologist to get it right. We could compare the two in the office but it might not be a fair comparison.

Any thoughts on which would be better? My wife’s main concerns are understanding speech face-to-face (she needs to read lips) and listening to music on tele-coil. Thanks.

Have you looked at the Nadia M SP aids?

Only you will know what is “best” there’s no one brand or model “better” then any other, the only true way to find the one you think is “best” is to do the 60 day trial period on each.
You already have the knowledge to program the Phonak products, maybe you should just stay with them, no need to then learn new programming software as well. As Raudrive has stated the Naida M SP may be a good solution as it’s suitable for profound loss. 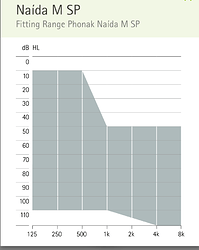 the Naida UP is 110 DB straight across. She needs that. It’s actually a 45 day trial. And to take both aids I presume you have to pay the full amount for both up front: $5100. I know others have said there is no one brand that is better than another, but when she switched from oticon to Phonak 10 years ago or so she was much happier. I guess if anyone has had actual experience with the Signia Motion SP Primax, that would be particularly helpful.

But I also think having it programmed properly — which I don’t trust our audiologist, or any audiologist, to do – is crucial.

The majority of aids are all capable of using the same fitting schemes; it’s just that manufacturers also have proprietary schemes and these are what tend to get used by default.

I think I have my answer regarding Signia. I sent the following email to them:Hello, my wife currently has the Phonak Naida Q UP90, with the cros. Her left ear is nonfunctional. Her right ear has roughly 110 DB loss. We are considering the Phonak Naida B UP 90, but our insurance is connected with True Hearing which has a deal with Signia so if we purchased from you it would be about $1100 less.
One feature that Phonak has is Sound Recover, which copies and pastes higher frequency sounds onto lower frequencies. This helps her considerably in speech. We are considering your Signia Motion Primax SP 7X and the Cros pure 312 N X (I believe that’s the right model). I have looked at all the specifications on your PDF form, but I can’t tell if you have something comparable to the Sound Recover. Do You?

From the research I’ve done it seems like the above aid is the best one for her from signia, but inform me if there are others.

I assume you have feedback reduction technology also, which is crucial for her due to her level of loss.

I just received a long stock answer that didn’t answer my questions. So I have to believe they don’t have anything comparable to sound recover.
Do others reading this have something like sound recover with their aids?
By the way, the Phonak SP aids uses size 13 battery which only lasts half as long as the 675 in the UP, which only last 14 days for my wife.

Do others reading this have something like sound recover with their aids?

Yes like all HA manufacturers Signia has frequency compression. 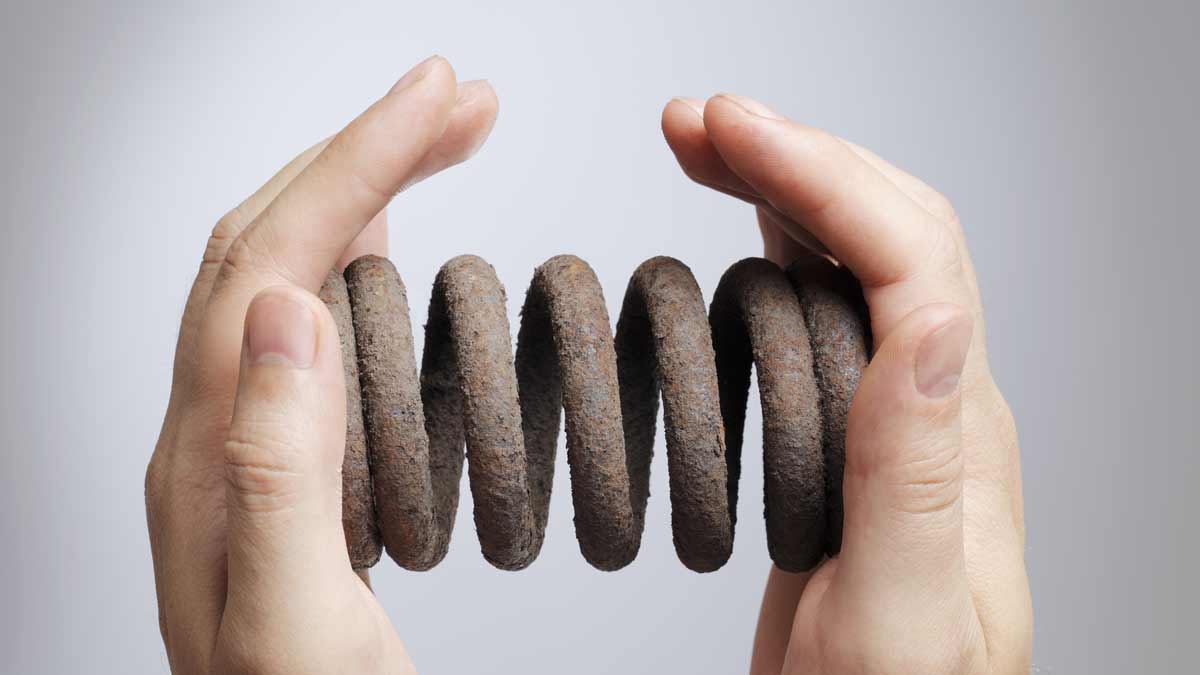 What Is Frequency Compression in Hearing Aids?

Hearing aids are now so sophisticated that they have features hardly anyone but audiologists are aware of, much less understand. Most of us just want to put them on and be able to hear, but like any device, the more you know the more you can benefit....

Signia has something very similar to Sound Recover. They call it Frequency Compression. However, Phonak Naida B has a more advanced, dynamic version called Sound Recover 2. It allows lowering high frequency sounds as low as 800hz

thanks. Too bad Signia itself didn’t tell me that! Yes, I was aware of Sound Recover 2, but not sure of how much better it was than Sound Recover original.

Looking now at the Signia product portfolio catalog I downloaded I see it does show frequency channels/compression controls.

I guess she will have to try both at the audiologist’s — whom I don’t trust in the slightest. any other comments would be much appreciated. Thanks.

If you want to dive into the “deep end” of frequency lowering, here’s a great source: Frequency Lowering Fitting Assistants

From how you’ve described her loss, wondering if you/she has considered a cochlear implant?

thanks, I will look into that. She doesn’t want a cochlear implant because listening to music is very important to her.

Unless you are using REM Any Audiologist or HIS who is using REM will do a better job than you will. And unless you have been formally trained to use Programing software you are playing around with whatever residual hearing your wife has left!

Unless you are using REM Any Audiologist or HIS who is using REM will do a better job than you will.

Definitely her call, but there are people on the forum with cochlear implants who enjoy music.

If it will ease your mind at all, her current hearing aid was initially programmed by an audiologist and I have just made minor tweaks since then. The same will happen with her new one as the insurance will pay for that.

Just one thing he screwed up out of several at the beginning: he set sound recover the same for all her programs, never said anything about it, or asked how it sounded to her. It was only when I started programming myself that I learned about it and realized that by making it slightly stronger for speech she could hear better. And I also discovered that he had put it on the music setting, which it should never be used for. My wife was telling me the high notes of the piano sounded strange — and it took me a while to realize this was because sound recover was moving them down to a lower pitch that didn’t make sense in the music! The audiologist didn’t have a clue about that!

Regarding cochlear implants, this is not music to me. Perhaps there will be improvements in the future.

Here's what music sounds like through an auditory implant

People with auditory implants often experience music as horrible buzzes and beeps. New research may be able to help.

I am a classical pianist and I’ve uploaded my renditions of the greatest works of Bach, Beethoven, and Schubert to YouTube, and I want her to be able to hear them as well as other great pieces of music.

okay, I did some research on REM which I’d never heard of (real ear measurement). My wife has seen four different audiologists at two different practices and never had anything said about that. When she gets a new hearing aid in a few months I will look for a provider that offers that. But I wonder if it’s really appropriate for her because after her last hearing test five years ago her discrimination was 48% and I know it’s gone down since then . The REM is measuring the output of the hearing aid, but it’s not measuring the sounds that actually help her to understand speech.

So I wonder if the bottom line is really just for me to keep making little tweaks after the initial programming until it seems best to her. I’ve made 65 such tweaks on her current aid.

Anyone have any thoughts on this?

So I want to take issue with one thing you said, that REM is “…not measuring the sounds that actually help her to understand speech.” The REM machine that my audiologist uses is speech based and it has prerecorded speech at multiple volumes that hit a specific mix of speech sounds (phonemes) to ensure that the hearing aids are producing speech sounds in line with one’s prescription. Now, no, that doesn’t tell you what her brain is processing, but it is a start, and it’s a lot more than just BEEP.

Plus, I’m now an expert on carrots (the REM sentences are all about carrots).

you are right. I phrased that wrong. I should have said, as you did, that it doesn’t tell you what her brain is processing.

I’m expecting it to be a huge challenge to find an audiologist who works with our insurance (true hearing) who does real ear measurements properly.the first person in the comment section of this page indicates her audiologist was really just faking it!

What are real ear measurements? Is it worth spending an extra $1000 for?

Real ear measurement is important because it verifies the gain provided by the hearing aids (how much volume they add) based on the pitch and volum...

Costco has the Brio 4 now. It is based on the Phonak M BTE aids. Right now it is a size 312 battery but if they follow up like the previous Brio 3 they will bring out a power aid. That would be a cost effective option with great service and they always fit with REM.

unfortunately I don’t think true hearing works with Costco. That’s why I’m thinking of the signia which will be much cheaper than any other brand through them. But I’ll keep that in mind. I just watched a video by Dr. Cliff Olson where he said he quit true hearing because he couldn’t make a profit. Somebody has to pay.