Phonak Marvels and Bluetooth... what would you do?

What is your laptop make and model? What operating system and version are you using? How long have you had it?

Sennheiser btd500 or 800 seem to work with everything, and are recommended by Phonak. Sometimes, even if you have built in bluetooth the btd500 works better.

Thanks, BTD-800 bought, paired, and appears to work a charm!

I may have been premature.
It does work. However in an open plan office environment using the mic on the aids causes my audience problems as they cannot hear me very well.
The Jabber software I use does not allow for choosing an alternative mic, It’s either both over Bluetooth or not.
So, unless there are other bright ideas does this mean I need to find a suitable headset for these? If so what is best for behind the ear non-telecoil aids?
Or would I be better going for the telecoil option?
I’m used to CICs which are far more straightforward to manage in this instance, this is the first time I’ve tried anything different so I don’t know a lot.
Decisions…

The Jabber software I use does not allow for choosing an alternative mic, It’s either both over Bluetooth or not.

Are you forced to use Jabber? The RingCentral Meetings and Zoom software I’ve used allow independent selections of microphones and speakers. I have a wired USB headset, camera mic, computer speakers, Bluetooth Bose headset (using motherboard built-in Bluetooth) all connected at the same time. Then in either of the two aforementioned meeting software platforms, I can independently choose any mic device and any speaker device, such as the Bose speakers and the camera mic.

Aside from that, you may want to consider the nearly-insane idea of taking a standard BT headphone adapter like this to pair with the computer, which has a built-in microphone to get the microphone close to your mouth: 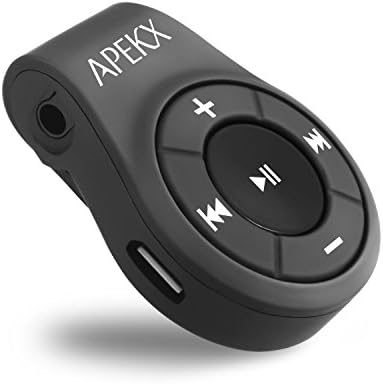 And now for the insane part: You piggyback ANOTHER Bluetooth headphone transmitter to it (like the Taotronics below in transmit mode), which you pair to your HA’s. That way, you can use the microphone on the APEKX above, and the final adapter below links to your HA’s for hearing. 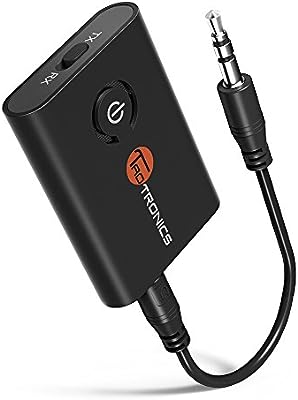 The final configuration would be:

The return audio path would be:

Here’s an even better idea. Two identical copies of this product, switch one into receive mode (with built-in mic) and the other into xmit mode to go to the HA’s. Same logical configuration as above, but this way you have two identical devices you can sandwich together with some double-stick tape or hotglue and wear on a lapel clip or just hold to your mouth for speaking. 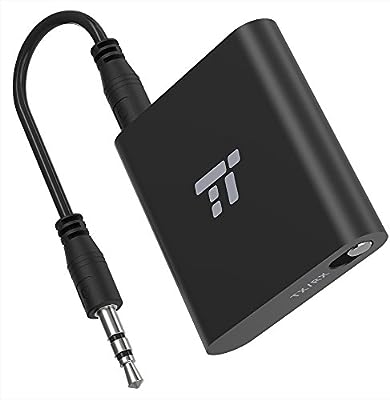 I also have the Marvels and really like their sound quality (with the titanium moulds they are the best HAs that I have ever had) and bluetooth streaming from my phone.

I understand the general issue of say switching to a laptop but I simply use a Phonak TV adaptor for that instead.

The issue i have is the microphone quality when using streaming for phone calls. It is fine for general calls - but because I am now working from home I am having to run a lot of meeting over the phone.

I can hear everyone else perfectly but I get some complaints over my voice when using the mics from the aids.

Is there any device that I can get which I can use as a microphone when streaming from my phone to the Marvels?

NO…thus the issue…
You MAY be able to pair the hearing aids only for the earpiece side and use a bluetooth microphone …but it is a hassle. I kludged a solution that kinda sorta worked for me and may work for you. I am not certain of your phone type. Whether built in headphone jack or via dongle, get a breakout cable for your phone…

.Use a 3.5mm stereo patch cable to plug the bluetooth dongle into the breakout cable’s headphone side. Set the bluetooth unit to transmit. Pair with the Marvels.

I tried to talk to Phonak about this when I had the Marvel and they seemed to not understand the issue.

@GadgetMan I think the TV adapter is the unsung hero of office connectability. After mucking with Bluetooth on Marvel and Roger devices I decided to abandon Bluetooth connections on everything but my cell phone. I picked up a second TV Connector and now have one on my desk at home and another on my desk at work. I stream the audio from my PC using the TV Connector and use the microphones in my webcams.

As long as I set the TV Connector and the webcam mic as the Windows default output/input devices those settings follow through to all the stuff I’m using. Our VOIP provider was able to provide me with softphone software; I hooked up my cell phone using Microsoft’s “Your Phone” app; Teams and Skype are resident on my PCs, and I use web clients for everything else.

The only sticking point was changing the TV Connectors to auto-activate. Once that was done, I was a happy camper.

Totally agree! The Marvels are great and the TV connect is a game changer.