Hi,
I am having some difficulties trying to pair my daughter’s Phonak Sky Marvel (m-pr) with a Roger Pen In.
The confusion is because one audiologist failed to successfully pair the roger pen in to the Marvel, without any proper explanation. Basically, the pairing procedure should be fairly simple but for some reason, it cannot be completed.
Another audiologist told me that we would need to “unlock” licenses before we can use the roger pen in with the Sky Marvel.

I am bit puzzled here, it is strange that two different audiologist are saying different things (the other confirmed that no licenses are needed!) and I was expecting this to be a much simpler task.

Would anyone with experience with a roger pen In and sky marvel be willing to share their experience and confirm if “licenses” are indeed needed?

thanks a lot in advance
regards

I don’t have a Roger Pen iN but I do know that you don’t need a license if you’ve got the iN because the license is already in the Pen iN.

However in order for them to work together, HA must get the information about licences. That’s what the second audi must mean by unlocking the licence.

How exactly it works (just sw, or transfering some pins I’ve seen), I have no clue. Yet.

However at Friday I will have some answers, since I am getting select iN and regular pen then (because Germany doesn’t import iN pen) and my theory is that after we unlock licences using the iN select, regular pen should also work. Because licence is for receiver (built in in marvels) and not for the transmitters. It’s just that iN versions come with licences, while regular versions would need roger recevier to be bought anyway and receiver has licence in it.

My assumption is based on the fact that advertising says that you can connect one HA to multiple roger mics, so it makes no sense that you’d need to buy roger receivers for each mic you buy and then each time swap both mic and receiver.

Anyhow, if I’m right, then shops are taking more money than neeeded, in case they sell you pen and select both iN versions, since they’re more expensive than regular versions. Although, I did saw that for primary mic you choose if it’s gonna be select or pen, so maybe not many people overpay. Or they don’t need both.

Again, from what I’ve gathered so far.

I have found the following online, which seems to be pretty clear:

So how does Phonak Marvel and Roger Direct work together?

(A Roger IN transmitter holds the equivalent of 2x Roger X receivers within itself, and costs virtually the same as the cost of a standard Roger transmitter and 2x Roger X 03 band receivers).

To enable Roger Direct streaming you need to ask your audiologist to upgrade the firmware on your Phonak Marvel hearing aids. (If this has not already been done and you were supplied with Marvel hearing aids before November 2019).

Use a special programmer to transfer the Roger X 03 band receivers into your Marvel hearing aids. This converts Marvel to hearing aids AND combined Roger receivers. (No external additions or neckloops to receive audio from a Roger transmitter).

Use a Roger IN transmitter to transfer (https://www.phonakpro.com/content/dam/phonakpro/gc_hq/en/products_solutions/wireless_accessories/roger/documents/Installation_Guide_BtB_Roger_iN_microphones_210x297_EN_V1.00.pdf) a Roger X (an IN transmitter holds 2 Roger X 03 band) to each hearing aid.

So, from what I understand, transferring to Roger IN transmitter to HA is quite easy and this is what we have also been doing at home, however with no success. In the PDF mentioned, I don’t see “licenses” mentioned anywhere.

Yes transfer from IN device to HAs is easy but usually is done in audiologist office, not something usually at home - unless you have all the right equipment. Also, IN transfer activates 03 Roger so you can then use all 03 devices but not 02 devices. An 02 transfer allows you to use all Roger devices.

I think that aforementioned audi under licences meant this transfer you describe. Me too.

Since there’s no physical object to transfer, saying licence instead of receiver can help understanding for some, while confusing others

I mean, Roger X is physical device that can be bought (and is needed for regular roger mics), and it holds licence in addition to hw. Ok they don’t call it licence.

To me that term is easier than calling so many things here receivers.

Thanks for pulling this out!

and this is what we have also been doing at home, however with no success

I’ve read this again, did you do the test to see how many Xes/licences are in your pen?
Another one, are you sure you have newest firmware in your HAs?

To me, those two things look like most likely, assuming that you kept them in described distance.

Or you successfully installed Xes already but not paired them? I think both things need to be done. Don’t hold me on my word, I’m still figuring it out.

Totally agree with you with the licenses VS roger, which to me is kind of confusing. I also think that there are no actual licenses at all, but when they mention “licenses”, they simply mean “transferring” the roger X to the HA.
I have tested the roger pen IN to check the number of receivers. I have done this because I thought that maybe the roger X were transferred to another set of HA, hence I could not transfer them anymore to my HA. However, the procedure resulted in two blinking red dots, which - according to the manual - means that no roger receivers are installed.
Good point about the latest sw and I thought about that as well. Both audi told me that they have the latest fw installed, but I would lke to see it myself, so today I am going to to visit one of them (for another reason) and I’ll ask them to check again,
In another thread it was mentioned how to test if ha have the latest fw and the behaviour I have seen doesn’t seem to match what is expected with a v2 fw.
I’ll keep you posted on that, thanks for your feedback though.

I have tested the roger pen IN to check the number of receivers. I have done this because I thought that maybe the roger X were transferred to another set of HA, hence I could not transfer them anymore to my HA. However, the procedure resulted in two blinking red dots, which - according to the manual - means that no roger receivers are installed.

So, then you’re right, those receivers are in some HA, be it yours or someone else’s.

If pen is trial one, that many customers use to test, maybe audi forgot he need to return the ‘licences’ back into the pen so that the next customer can put them in their HA.

I remember seeing some instructions that I’ve interpreted as pairing ones. When I had on trial roger select with previous audi, I had to use some needle/pin to connect the HA with select. If I remember correctly from that pdf, no needle was needed for ‘license’ transfer. That’s why I concluded that you need both licence transfer and pairing.

It makes sense, since you (I think) need licence only once per HA, while you might pair with several devices.

Check if there’s user instructions. I had them in paper, few small pages. I’ll try to dig them out online and see if there’s something similar for pen.

The pdf you have found is for transfering the ‘licenses’.

If we assume/hope ‘licences’ are in your HAs, then you need to connect them before using, check here 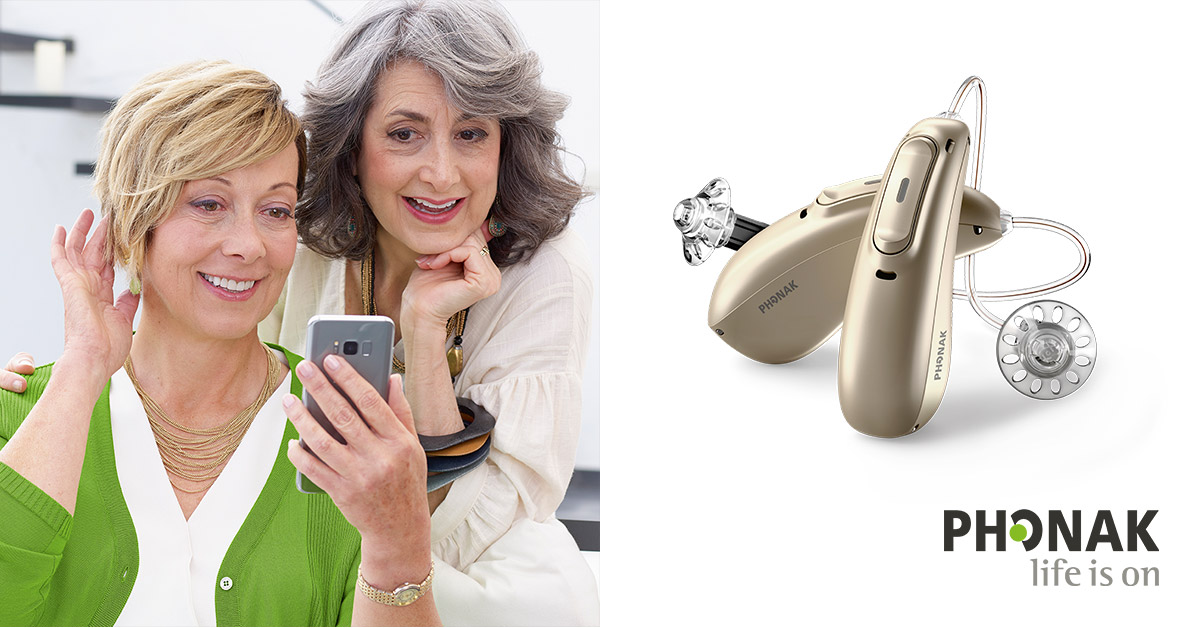 Phonak | Life is ON

Ordinary user guide, pick the one for in (but I think there’s no difference). It uses that button and not the hole (hole is for licences, it seems)

thanks, I have the UG for the marvel IN; unfortunately, connecting (or rather, try to) the pen to the HA (via the connect button on the pen) was the first thing we tried

Since that didn’t work, we tried “regressing” the possible steps, but still no success.
By the way, I have checked the sw in the HA and it is indeed the latest available for the Sky Marvel (1.0.9.0)
Back to what you mentioned on “transferring licenses”, here is what I read on the manual:

The indicator light feedback will tell you the number of installed Roger receivers:

You seem to interpret this behaviour the opposite of what I thought. I understand that two red lights mean that no roger have been transferred (so no licenses transferred), but you seem to think that this means that licenses were already transferred so nothing is available in the roger pen IN?

. I understand that two red lights mean that no roger have been transferred (so no licenses transferred), but you seem to think that this means that licenses were already transferred so nothing is available in the roger pen IN?

Yeah, that’s how I understood the beginning ‘checking number of receivers (our’ licences’) in a microphone (pen itself) ’ that 2 green means they’re still available to install on HA and two red means they’re already used.

Which lights you have?

If green, I’d try step for ‘licences’ so with spike, and then step for connecting, so the button.

Hi, I have two reds.

I’d try connecting them now, per user manual, so button thingy. With hope that they’re transferred to your HA.

If that does not work, then I’d try per your understanding, assuming that licenses are still in the pen, first do licence transfer, check colors then, and then do connect and see.

No, still no luck, and to be honest, after re-reading the manual, I also think you are correct.
Two blinking reds mean that NO roger receivers are included in the Roger Pen IN, so there is nothing to transfer to the HA. At this point, I am quite sure that the roger were transferred to another set of HA when they were testing the pen, but then they were never “uninstalled”, so someone has two roger receivers in the HA now

Anyway, I have explained this to my audi and I have asked them to order another Roger Pen IN (new!).
I will update you when we receive it (hopefully soon)!

Found this Roger receivers FAQs | PhonakPro
and immediately thought of you - here at least is explained what colors mean, not for pen, but in general.

Any news when the new pen is coming?

Not yet, but I will definitely keep you posted!

Just wanted to follow up on this. The new Roger Pen IN finally arrived and everything we said was confirmed.
When pressing the install button for one second, I had two green, meaning that two receivers were available.
Installing the two receivers into the Marvel was extremely easy as well.

Oh, sorry I forgot on this topic. I have have tested that on select iN. But it’s nice to have confirmation that pen iN behaves the same. Thanks

Also, uninstall is easy in the same way. P

Single most important thing to remember is to keep second ha off while you work with the first one.