Has Anyone Tried Acupuncture?

Has anyone ever tried acupuncture for your hearing problem? If so,what were the results? 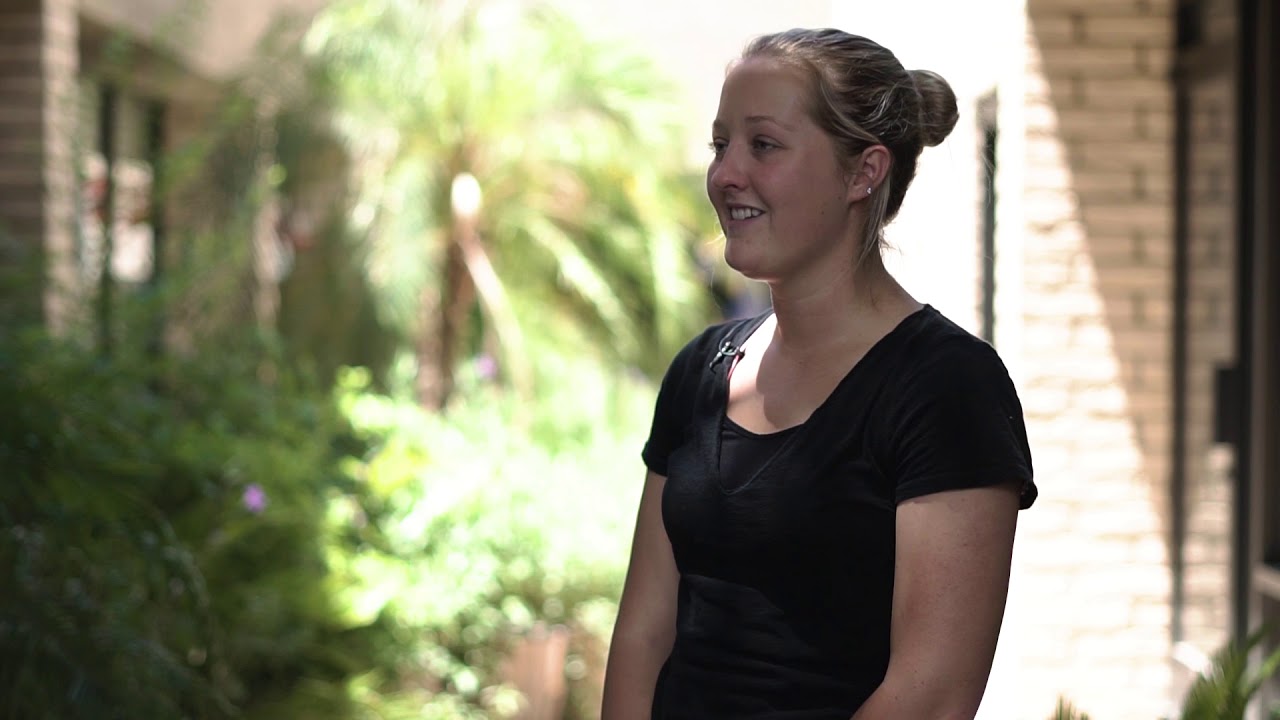 I don’t think I’d be tempted to try acupuncture as my first choice for hearing loss, but I’d be reluctant to call it quackery. It’s use in pain control and anesthesia is fascinating. My training is Western Medicine but there are aspects of Eastern Medicine that we just don’t understand.

If that girl’s hearing was improved by acupuncture I’d like to know how exactly acupuncture affected her ears? Did acupuncture have some affect on her nerves?

I don’t know if her hearing was measurably improved, but it seems clear that her perception of her hearing was improved. I’d argue that we don’t know “exactly” how much of anything works. When taken to extreme, it always seems to end up in something like the child repetitively repeating the question “why?” It’s also really difficult trying to explain something that derives from a completely different system. Eastern Medicine and Western Medicine don’t translate very well. Acupuncture, explained on the basis of Eastern Medicine involves restoring balance by unblocking the meridians. That doesn’t make any sense in Western Medicine (just as much of Western Medicine doesn’t make any sense in Eastern Medicine) From my Western perspective, I’d guess most of the benefit takes place in the “mind.” Reading the forum, many of people’s complaints aren’t about something objective. Things sound “tinny” or “like a robot.” They’ve attached a negative value to how something sounds and that leads to dissatisfaction. If they could let go of that and not stress about it, they might have more mental energy to pay attention to things and be more satisfied. Not a very good answer, but it’s the best I’ve got.

It’s use in pain control and anesthesia is fascinating.

Okay sure, admittedly there is some evidence that sticking fine needles into people is more effective for pain than sticking fake needles into someone. But last time I checked, it actually didn’t matter whether the person sticking the needles in was trained in where to stick them or not. So, half-quackery. Acupunture does SOMEthing, but not according to the traditional theory.

In this case, the girl is claiming that acupunture resolved her fluctuating conductive hearing loss. So, offer me a reasonable theory as to how acupunture is working for her. Some sort of stimulation of cranial nerves V and X?

She’s young, too, and doesn’t mention the age she was having trouble. People grow out of middle ear problems.

Not sure if you read my second response. I certainly don’t rule out that she grew out of it. I’ve read some stuff where some people liked and kept their dummy hearing aids. Does that make audiology half quackery? I think all of the “healing arts” involve an element of “show,” not backed up by any evidence. Listening to her, it was clearly important to her that this was a caring environment. I’ll just conclude that a major HMO, Kaiser, provides acupuncture services. There’s a lot of stuff they don’t do, (they tend to be very evidence based), but they’ve decided that acupuncture improves the wellbeing of some people enough to be “worth it.”

I’ve read some stuff where some people liked and kept their dummy hearing aids. Does that make audiology half quackery?

Audiology does have its share of quackery*. That being said, is it ethical to charge significant amounts of money for the dummy hearing aid? What are the ethics of charging for a treatment that doesn’t do anything? What about charging for a treatment that not only doesn’t do anything, but carries a significant risk of harm? (Not acupunture, I’m looking at you, chiropractic neck maneuvers.)

Ironically (but perhaps unsurprisingly), IIRC, placebo effect is better when you pay more money. How does that impact the ethics?

(*My job is to beat that quackery out wherever I see it.)

I think basically there’s a lot we don’t know in most “caring arts,” and I’m reluctant to heap criticisim on some that seem to do considerably good and little harm even if it doesn’t make sense to me. I do tend to share your opinion about chiropractry although I think it’s a reasonable approach to much low back pain for some people.

Audiology does have its share of quackery*. That being said, is it ethical to charge significant amounts of money for the dummy hearing aid? What are the ethics of charging for a treatment that doesn’t do anything?

A little off from acupuncture, sorry.

Works wonders on removing ear wax. Does nothing to improve hearing. Last I heard you get a three year warranty on needles.

I suspect there are many businesses that charge for services not rendered.

I think it’s a reasonable approach to much low back pain for some people.

Sure. There’s evidence that is it effective for lower back pain.

I’m not that forgiving of “we may not understand how, but it just seems to work (although we haven’t actually measured it)” argument. Certainly I have a strong bias towards evidence-based practice from 12 years of being immersed in science. But maybe I’m also biased by my social health system; what are the ethics of using tax payer money to fund a treatment that has no evidence of efficacy? Certainly people are welcome to spend their own money on whatever they want, but I’m not sure we should be spending OTHER people’s money on quacky medical treatments.

And what are the ethics surrounding providing a treatment that does not have evidential support and claiming that it works when you don’t actually know? How much should you charge for that treatment?

Although I’m a strong supporter of evidence based medicine, I’m of the opinion that if we demanded evidence for everything we did in medicine, we’d likely tell most people to stay home because their problem will likely get better on it’s own or there’s nothing we can do about it anyway. I think they’re called the “caring arts” for a reason because a lot of the benefit is the human interaction. I agree with you when it gets into predatory marketing, but acupuncture seems to be pretty low key and people like it. I’m part of a volunteer organization that does disaster medical relief. Acupuncture is our most popular service.

I agree. The fact is there is no way to conduct blind testing against placebos. Many ailments/pain heal with time and some people tend to assume it was because to the latest cure they tried.

I certainly agree with you that. . . human caring interaction is important and we need to do more to support it in our society, maybe quite apart from healthcare. I also agree that acupuncture is unobjectionable when it comes to safety and at least there’s something there compared to homeopathy or iridology or reflexology or all the other kooky stuff that wholistic health people get into. But still. . . the marketting isn’t usually “this makes some people feel good and we don’t know exactly what it does”. I don’t like lying about treatments, and I don’t like charging for lies.

we’d likely tell most people to stay home because their problem will likely get better on it’s own or there’s nothing we can do about it anyway.

I 100% support medical practitioners saying, “Look, we’ve ruled out everything that modern medicine has treatments for in this area and there is no more for us to do. I’m going to put an alert on your file if something comes up in the future that I think may be related, and I encourage you to contact me if something changes that might provide us with further information. Here are additional experimental treatments that you could pursue on your own if you wished to, but there is no evidence at this time that they do anything.” I am also willing to provide a patient with an experimental treatment (within my scope) that I believe has reasonable theoretical value, but I’m going to be straight with them about the limits of the evidence and the potential risks/costs while I provide it.

There’s some evidence now that one doesn’t have to lie about a placebo for it to work.

I’d be opposed to acupuncture practices that heavily market themselves. I’m guessing they exist, but I haven’t seen it. As mentioned earlier, a major HMO in Northern California provides acupuncture as a service. People wanted it. Other than a copay, the HMO gets paid the same whether they offered acupuncture or not. They certainly don’t push it. I also agree that lying about what a treatment will do isn’t ethical. However, if one has a completely different mindset (Eastern vs Western medicine) I think it boils down to “I think I can help you. This is how I was trained.”

This is very anecdotal. However, when something works on an animal, it always makes me think twice because you eliminate the “I believe; therefore, it works” factor.

First of all, I have never believed in acupuncture, always considered it all hooey.

So, I had a dog who had what the vet diagnosed by symptoms as a spinal stroke. For sure diagnosis would have taken a CT scan, which would have cost thousands, and none of the possible conditions that could have caused the symptoms were curable.

The symptoms were that she didn’t come in from outside one night and when I went out and found her she was in a fetal position in extreme pain. Got her inside, by morning the pain seemed gone, but she had no control over her back end. That improved in the next day to where she could walk, but her left hind leg kind of floated out to the side. She couldn’t get it under her. So to the vet and above diagnosis. He said with spinal stroke the pain usually passed as Millie’s did, and there was often some improvement like she had right after, but nothing could be done, and she wasn’t in pain.

Watching her and doing nothing made me feel so bad I started thinking about alternative meds and therapies. In honesty, the purpose was merely to make me feel better - I’d be doing something.

The only reason I chose to try acupuncture was that my regular vet had an acupuncturist who came in weekly, so that was easily available. So, first session. The dog had had little control over that back leg for weeks. Within days the leg was notceably under her a little. I decided I was imagining it. Second treatment - I could no longer deny the leg was definitely more under her and she had more control. It wasn’t so far to the outside it knocked into things when she went close to walls, furniture, etc.

End of story - the dog was walking normally after the 4th session. I still don’t want to believe it works, have no urge to run out and try it for anything like my hearing, but…

This woman’s speaking voice is horrible. I could understand hardly any of it using my devices which allow me to understand most speech just fine.