Oh dear. This is of no help to you other than I hope you can figure out this problem. I would really hope it’s not a problem with the minipro.

I don’t think anyone has self programmed ITC Brio’s before. You may be the trailblazer with this.

Instructed by what/who? Can you upload a picture of the instructions? Cables (in general) have a red-dot alignment marker to align with whatever you are plugging them into. Did you align the red-dot?

How are the battery doors attached, with a push pin? Do the doors fit only one way? In other words, is it impossible to switch right doors with left doors?

Here are the pictures I tried to post earlier but they disapeared. 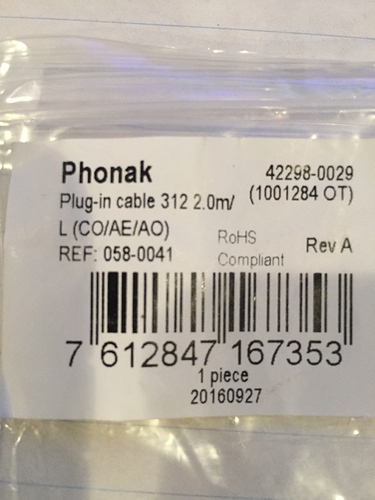 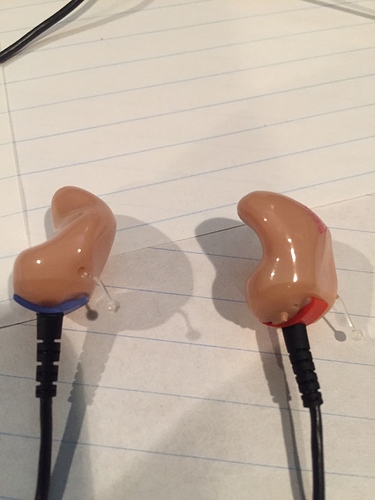 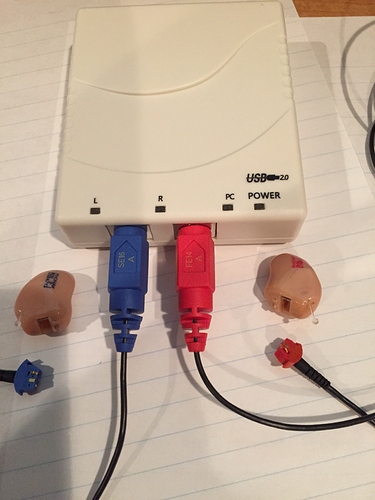 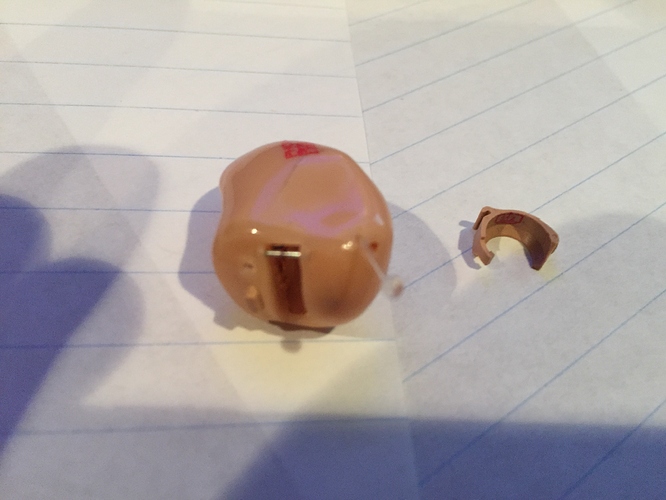 Oh, okay. So the battery pill and the cable are all one unit. Then we don’t have to worry about cable pin alignment. But you did display serial numbers so we may be okay with cable connections, except maybe you had to try multiple times. Oh, and the failure to communicate with the hearing aid.

About the other problem; Is it impossible to switch right door with left door?

About the other problem; Impossible to switch right door with left door?

I thought it was but it can be switched even though there is color marking on them. I can`t believe it but that was the problem with the boot up. Thank you so much.

PVC thanks for you help. I have to log off for now do to other obligations. I will check in tomorrow.

Yeah, I do too. If you can read your hearing aid serial numbers I believe your cable connections are, okay. Let’s discuss tomorrow your failure to communicate with the hearing aid.

Yeah, I do too. If you can read your hearing aid serial numbers I believe your cable connections are, okay.

He has the right cables.

Why would you try and do this yourself? You have a professional at your disposal at Costco. Schedule as many follow appointments as needed and ask as many questions that you can think of. But leave your hearing to someone who is educated and trained in the field.

I think it’s a personal choice and certainly not for everybody. For me it’s motivated by wanting a better sense of understanding of what the possibilities are and realizing that there’s no way a professional (unless they are tremendously experienced) can have a full understanding of what the different software settings are on multiple brands of hearing aids. I don’t think it’s a choice to be taken lightly.

Well Cosmo the Registered Provider…some people might be some distance away from the original dispensing professional. Some people, like myself, who might be technically inclined, like to tinker and learn about what they have. I did go to a number of follow-up visits and did have some adjustments made but soon felt that maybe they didn’t want to take too much time fiddling with little nit-picks here and there. To be able to take all the time in the world to do my own fiddling is an attractive proposition to me. So I will be getting the gear required. I will attempt to not stray TOO far from the last settings. But there’s no reason why I can’t experiment and figure out what might or might not work in the neighborhood of those settings.
I was very concerned for the OP here hoping that the minipro was not the problem. That all remains to be seen as pvc is on it for the guy. At least the guy went away last night knowing that he didn’t brick his aids with the help from pvc. I’m on the edge of my seat

waiting to see if the OP can manage to get into the aids with guidance from pvc.

Why would you try and do this yourself? You have a professional at your disposal at Costco. Schedule as many follow appointments as needed and ask as many questions that you can think of. But leave your hearing to someone who is educated and trained in the field.

Sometimes the convenience of experimenting various tweaks as much as you want to trumps wasting time trying to schedule appointments with a Costco HIS, not being able to get an appointments for 2 weeks later, go in there and ask them to make a tweak, then not really knowing if the tweak works or not until you get home and try it out. And if you’re not happy with that tweak, then it’s another two weeks until the next appointment before being able to try a second tweak.

Now imaging how long it’ll take if you need to make half a dozen tweaks before you’re satisfied -> up to 12 weeks waste of your time. If the Costco location is a long drive for you, it makes it even worse. All the while you can try two or three tweaks a day and immediately know the results if you have a programming device at home. And sometimes, even when you’re satisfied already, you still want to try different things out anyway just to see if you can fine tune it even more for the better. After all, the key to success and total satisfaction in the programming/fitting is experimentation.

And do you think the Costco HIS will be happy to see you and cooperative to help you if you keep showing your face every two weeks for months wanting to tweak this and that and wasting their time when they’re too busy with too many other clients to service?

The reasons vary. Take a look at this Juna 9 Programming thread.
Musicians don’t much care about educated trained professionals.

Yes, putting the battery doors in backwards makes us look a little silly. But we are working on getting better education and training. So cut us some slack.

eta: It’s not a sexist joke! Her just happens to rhyme with ter.

I totally empathize with both parties here. If possible and without time and other opportunity costs, most of us would go to a professional for refinements.

But sometimes these costs are too high and sometimes one knows own hearing oneself better than 3rd party, refinements with assistance of those knowledgeable is a good compromise.

And nice joke, pvc! Though it took me a long time to get it…sigh.