Hello, I am wondering people’s experience with Advanced Bionics products … we are looking at the latest Q90 processor and implant , but have some reservations due to the market share size of AB (less support, future R&D/customer base) vs. Cochlear, for example.

Also, AB implants have 16 electrodes vs. 22 from Cochlear. Does this translate to real world advantage?

Battery life is quoted higher with Cochlear and their implant is smallest in the industry, is that correct? Does this translate to any better surgery outcomes and less trauma to a patient’s cochlear organ? I assume less battery usage is good, as it requires less to actually stimulate the nerves and less damage over time …

Any help is appreciated! Thank you

Cochlear and Med El do have a better reputation I believe.
Where I am located Cochlear is prominent, great support.
Battery life tends to be better with Cochlear. At this time I think Cochlear has the advantage with Bluetooth connectivity also.

Just my opinion, you really need to do your own research. Find who you plan to do the surgery. That person can be very helpful about which brand they prefer to work with.

AB have just come out with the Naida Marvel CI. The Naida Q90 CI is now old technology.

Aye Zebras, I believe… There is talk of Paradise Nadia CI. Which makes sense. Cheers Kev.

Yes, heard of this, but unsure of the benefits?

I’m not much for being an early adopter, at least on the implant side of things.

How’s battery life been with the units?

Battery life tends to be better with Cochlear. At this time I think Cochlear has the advantage with Bluetooth connectivity also.

What’s your ‘real world’ battery life? They quote 40 hours, which seems quite superior.
Considering the AB unit, but it has less battery life … is there a beneficial factor (i.e. sound quality)?

The on the ear Nucleus 7 battery life is about a day and a half. I wear it 14-15 hours a day. Streaming varies.
Can’t say about the off the ear Kanso 2 yet. I have had issues with holding properly to my implant.

I’m a N7 user, with the compact battery.(small battery). I get a full day out of my battery without any issues. Cochlear also have a standard battery which would give a better battery life. But battery life is dependent on how much use, BT work you do in any one day. I’m not sure about the electrodes and any advantage Cochlear have over the 16 AB have. I’ve have had 1.5 electrodes turned right off as they were too close to the vestibular…

I looked into having AB when I was researching which company to go with. When I was doing my research AB had a recall out on the implant, it was showing a lot of faults. This meant a lot of people have to be re implanted now. AB have had a few recalls on the implanted electrode now.

I don’t think we have anyone with AB here. Mostly Cochlear and Med el. Good Luck with your research.

If you are only having one ear done another point you need to look into, which company will give you direct bimodal streaming. Meaning which companies have hearing aids that will pair with the processor easily. And not using ALD’s, it just means one less thing hanging around your neck, or in a pocket…

I have a Q90 CI right now, and will be getting an upgrade to the M90 when its available in Canada soon. I suggest either holding off a month or two for M90 full availability or making sure you’re setup as “future-proof” so that they’ll swap you to the M90 when its available. It’s a big jump in technology platforms. Battery life on the Q90 is not great tbh, but no one knows yet what the M90 life will be like in real world use.

Bluetooth is the challenge for sound processors and hearing aids.
With everything going wireless battery life has become the big talk issue.

I’ve had the AB 3D implant and Q90 processor for about two years now. So far I’m happy with it. Support has been good. I did have a processor fail and they shipped me a new one the next day. Other than that one failure I haven’t had any problems.

Regarding AB’s 16 electrodes: their implant has current steering between the electrodes. A pair of electrodes can be fired at different levels to stimulate 8 locations in between the pair. So those 16 electrodes can supposedly behave like 120 electrodes (15 pairs, each with 8 phantom contacts so 15x8=120). You can search AB’s website for articles about spectral resolution and current steering. Although what all that means in real life is hard to judge. I feel like the sound quality is pretty good and it’s enough for me to enjoy most music with my CI.

I get about 15 hours on a size 170 battery, which includes quite a bit of time streaming from a ComPilot. So just about enough for a full day for me. I usually change the battery an hour or two before I go to bed.

The new Marvel CI just came out and you’re probably better off going with that if you can since it’ll have better features (direct Bluetooth streaming to any device, integrated Roger, improved autosense, etc) and will be supported for longer. Although AB is smaller than Cochlear, it is owned by Sonova. So AB can borrow tech from its sister company Phonak, which is a pretty big player.

As far as surgery outcomes and trauma, that’s probably a question for your doctor. Although I don’t think battery usage has anything to do with causing additional nerve damage. I believe all of the CI brands are supposed to be safe to use over the long term. If you look at AB’s 2020 reliability report on their website, it shows there are people still using its first implant system 25 years later. They did just have an implant recall last year. They have supposedly resolved the issue and now offer a revised implant (V2). You can read about it in their 2020 reliability report.

I am a user of Oticon Neuro Zti CI implant. It IS the thinnest implanted device and the sound processor Neuro 2 (external device) is the same size as a BTE hearing aid. And the cost of this CI maybe the lowest of the other brands. Check out more information from Google on Oticon Medical. Good luck.

Battery life also depends on your mappings. In my case ive noticed my battery life decrease or extend after mappings with my Audi. I also assume thickness of hair and skin are a factor too. The more the processor has to work the quicker the shorter the battery life will be.

I use the N7. The compact rechargeable battery gives me anywhere from 7-8 hours. The standard can get me to around 12-13 hours

Found this review on the new AB Marvel CI. It’s quite a detailed review. 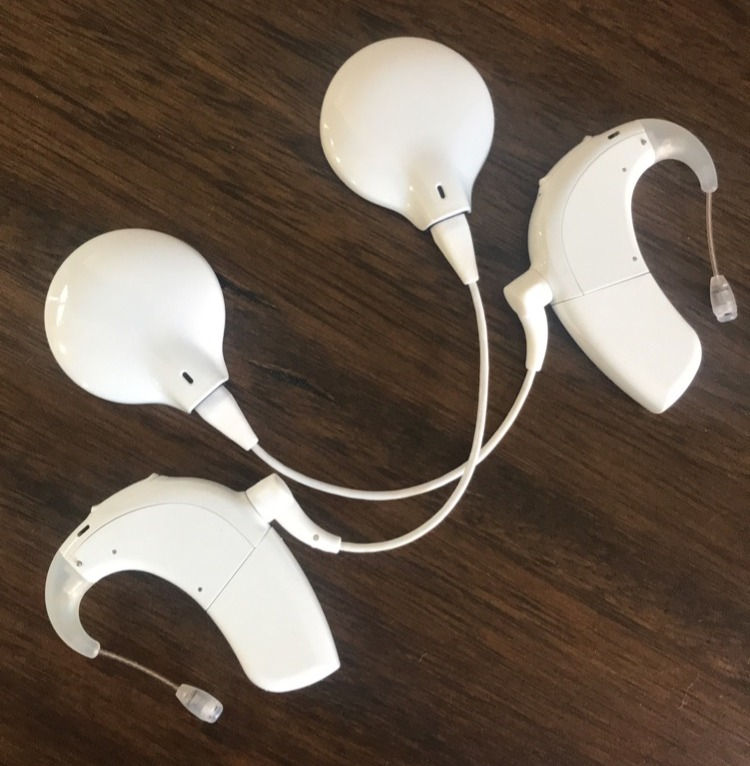 I am a AB CI Q90 receiver since early 2018. I am using Powercell 230 which gives me around 8 hours per charge. I have to change battery during the day at work.

Other than comments from the other posters, I would recommend you to check/survey your local Audiologist support. My 1st Audiologist did not know how to properly program AB at the time. She mainly handles Cochlear brand. And I wasted a lot of my recovering/learning time at the first year. My current Audiologist handles Cochlear brand more than AB brand too. Yet she is willing to learn and be very helpful. So I feel support is more important if I learned this when I made my implant consideration/decision.

Good luck on your journey.