Will Costco upgrade my KS9 to KS9 Telecoil?

I drive Uber , love the KS9’s but I put a Acrylic Sneeze barrier between Driver and passenger rear … 3Ft x 5FT and now can barely understand passengers.

I would like to trade up to the ks9s with telecoil then get the Roger Pen receiver and place it in the passenger area so I can hear passengers.

If Costco does not allow, anyone have an Idea for a that would work with current HA’s

The KS9 supports RogerDirect now so you could get a Roger Pen iN which would solve your issue.

Dont you have to have the the NEW KS9 with Telecoil?

RogerDirect doesn’t work on telecoil. You would need the firmware update tho.

So the Ks9s that are 6 months old will now work with Roger Direct …is Costco doing the firmware update or do I need to my own setup ?

Roger system doesn’t need telecoil in HAs per se.

If you use roger my link as a receiver, then its loop around your neck and HAs with telecoil are needed to work.

However, you can use other ways of connecting. I’ll write all options, not KS9 specific ones. Just to easier explain the whole thing.

One is to use HAs streamer device and plug roger x in it. Then roger mic will transmit to roger x receiver, which will give sound to the streamer, which will send sound to your HAs. This way you need 1x roger x device (small cube with 3 pins).

Another is to use direct audio input shoe/boot (DAI) on each HA and plug roger X in each. So you’ll need 2x roger X. But you’ll omit loss of signal quality due to streamer from the previous example.

And then, you have roger direct, which is built in in marvels. They essentially replace DAI shoe AND Roger X device, as a device. You still need a key/licence/receiver to activate that hardware in it (don’t ask me why phonak calls it receiver, naming things isn’t their strong suit).

KS9 recently allowed users to activate roger direct hardware in them. You need to go to the audi, ask for new HAs firmware. And then ask for price for enabling receivers OR you buy roger select iN version or roger pen iN version which come with 2 licences/receivers in them and they should only be transferred.

Even if you want to use more devices, keep in mind that each HA needs only 1 licence/receiver, so, if you buy roger select iN, other gadgets don’t need to be from iN family.

Also, when buying, be careful what you ask for.

You also can buy regular (non iN) version of roger mics, then buy 2 roger X devices (if you have 2 HA/want sound in both), and then licence/receiver can be transferred from roger X (cube) into marvels, at audi, using little device for that.

For iN family of products, that intermediary device isn’t needed since iN gadgets can do the transfer to the marvels themselves.

Tldr
Go to costco, ask for firmware update, buy roger pen iN or roger select iN, transfer licences/receivers to your HAs (which are marvels in disguise) and that’s it.

Ideally, ask to trial both, to see which catches sound better. I’d assume select and put it on that shelf between front seats pointed towards back.

Select is disk that’s meant to stand on table, for restaurant noise for example. Mics point up.

Pen is meant to be pointed towards, has one opening on side which can be put up or down, I’m still figuring out how exactly to point it to get the most out of it.

Both can also be worn in lanyard mode, but I suppose you don’t want clients to forget to return the expensive mic back to you.

Pen can be put on table, but it’s for more disciplined environment like meeting where people take turns and there’s no bg noise. From what I’ve gathered from other people descriptions, I still haven’t tested everything with my trial ones.

Well OK then ! …it’s 5 am, let me finish this cup of coffee and digest! lol

Appreciate it guys…I’ll try and sort it out 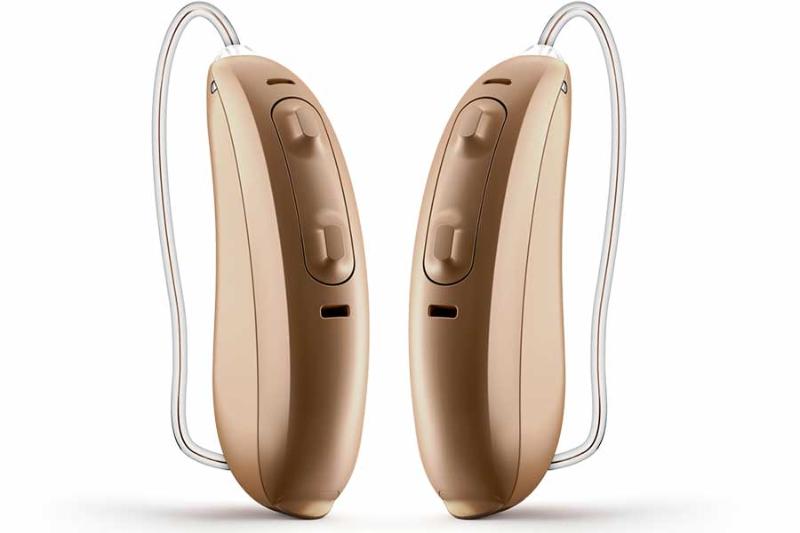 A much cheaper solution might be getting a PartnerMic from Costco. Pretty sure you’ll also need the Firmware Grade. Regarding original question. If your aids are within the exchange period (180 days in US–perhaps slightly longer–it should state on your purchase paperwork), you can return them for a full refund and purchase the telecoil model. The Roger MyLink and Roger Pen would be less expensive than purchasing a Roger iN device.

Yeah, but partner mic should be worn near the mouth of the one speaking. Pen and select should have better range - I mean mic to the mouth. I can’t confirm what range it is exactly yet. But pen can hear rubbing fingers on roughly 50-70cm from it (I didn’t measure) with bg noise of around 40db, while specs for partnermic are I think 20-30 cm from the mouth? And speech is much louder than rubbing fingers.

Is there anything else that could work on a bigger distance than 50cm except roger pen/select if they can? Maybe something from edu collection?

Edit: pen can be found used for less than 200 eur with shipping, and seller is in the USA, so shipping is lower for you folks. My link also can be found. Zebras gave info about one ebay seller in some topic about roger earlier today, they have 100% good reviews.

New pen here is around 900 eur 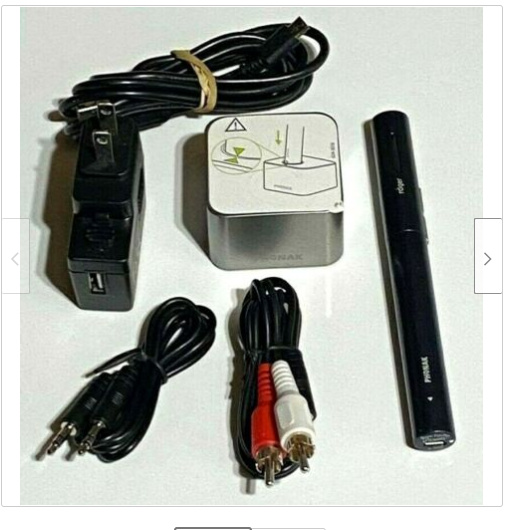 So this would work ?

You have to buy the receivers as well if you don’t get the Roger iN devices.

OK, everyone , I went to Costco and had the latest firmware updated. The Phonack APP works .

Now of all these different options, RogerDirect Pen, PartnerMic, Roger iN select etc…

Which version should I buy… Original or Version 1.1

Talking to myself …trying to sort out… Version 1.1 I believe is what I want …and they should connect to my KS9’s …correct?

Ask Costco to call Phonak regarding PartnerMic. Perhaps do a search online and print up some info on PartnerMic. If memory is correct they’re compatible with Brio 4 too.

Only if they’re version 1.1 iN

So, first gen doesn’t have numbers, but has weak BT.
Version 1.1 is current default, decent BT.

However, you need licences / receiver in order for any roger mic to connect to any HA

But for marvels, you can buy pen 1.1 iN or select iN and they come with those licences / receivers and it’s only a matter of transferring. You can do it.

If you buy regular, non iN version then you need also two roger X devices (little cubes with 3 pins) and then fitter can transfer licenses / receivers from cubes into marvel HAs.

Found at Costco or online? Assuming Costco can get one, I would think Costco would be much easier to deal with if you had any problems. It’s my understanding that PartnerMic should work directly with your HA. Might need something set up in Target. Don’t know.