Why are hearing aids so expensive? (and majority of deaf people suffer)

Recently one of my Oticon Epoq XWs packed up. On next check up I was told that a replacement would be AN huge bill that is totallly out of proportion to what is happening on the ground in the e-gadget world. The broken one could not be fixed, cause it was “out of date” aha, spare parts lying around, but it did not work for the Audi involved, hmm

Am an IT veteran with 35+ years all over the world, IBM, etc.
I know this stuff, bits & bytes
Why does this law NOT apply to the HA industry?
(aka misnomer cause it is NOT truly an industry) Moore's law is the observation that the number of transistors in a dense integrated circuit doubles about every two years. The observation is named after Gordon Moore, the co-founder of Fairchild Semiconductor and Intel, whose 1965 paper described a doubling every year in the number of components per integrated circuit, and projected this rate of growth would continue for at least another decade. In 1975, looking forward to the next decade, he revised the forecast to doubling every tw Moore's pre...

Although I needed this stuff desperately, I have decided after much R&D NOT to replace. I’m looking at alternatives, have already tried the Nuhear IQbuds. They are great, at a fraction of the price of what my now ex-Audiologist has suggested I pay for the latest and the greatest from Oticon, aka OPN.

Whoaa, am so mad at these top 3/4 HA monopoly
–No/little self help
–Audi’s make huge commission % on sales of HAs
–Millions of deaf people do NOT get served

This is NOT how it should be…

I hope I stir up some discussion here…
let’s see who “owns” this forum
The Audi’s, or the Consumers?

You might be a candidate for DIY. There is a self-fitting forum.

seller’s market, complex hardware, greed, audis’ and mfrs’ ableism, difficulty of self-education, extremely subject user experiences are difficult to share and compare, many hh people have issues with being hh vs D/deaf people who don’t have issues with being D/deaf/hh (self-esteem, language, life experiences, etc.), hg aid industry’s general obfuscation of hearing aids and what they can/cannot do…i could go on forever, maybe i will think of some more things…oh, hearing aid mfrs/audis’ exploitation of elderly people who really need HAs, millions more reasons why HAs are excessively expensive. nuf sed??

Its mainly exploitation of end users’ lack of knowledge / awareness:

A story from very old times:
The first CIC I got in analog era was actually some cheap OTC sold as a custom made device by a renowned Audiologist (not a dispenser) after getting ear impressions . It was much later that I actually found that the ear impressions and audio gram etc had nothing to do with that ready made device and it was simply an in ear amplifier with volume control. Probably my moderate loss at that time could be served by that device but I was billed for a custom made device. The second one (custom made analog CIC) was fitted as a Siemens and later on the same described as Phonak and Hansaton on two separate occasions by two different assistants of the audiologist. I still have no idea what it actually was because the custom made canal shell had no branding.
I had no knowledge of these things at that time (as most of the people who need a HA for the first time ). Access to technical information is becoming easier now and I hope that end users’ ability to access more information online will help in alleviating this situation.

I agree that the cost is hard to explain but don’t want to jump into that discussion right now, because it will serve no useful purpose.

You may wish to search on this Forum for a string like, “hearing aid repair” or search for “Direct Hearing aid service” on the Forum, or on any search engine. Or on Yelp.

Based on the recommendation of someone on this Forum, whose knowledge and experience are significant, I sent an out-of-date 10-year-old Bernafon to Direct Hearing Aid Service and got it back, repaired and working at least as well as it ever did before, for a very reasonable price. I think you will be pleased if you send him your broken Oticon.

Hi Piket,
You are right. Greed! Horrible way to sell something needed by so many. It’s a nasty marketplace and the markups are out of line. It will be changing quickly. Already, Costco is now the largest single vendor and prices are better, but still not low enough.

As someone else suggested, the DIY forum here, if you can find it, is one solution. I bought my first pair of Starkey HA’s on line at Craig’s. They were not the current model, but not too old either. Normal price $4,000-5,000. I got them for $200 and then chased Audi’s at $200 per shot to re-program them for me. I now program my own. The device to program them cost me about that same $200 for the one programming session.
Allen

Why Hearing Aids Are So Expensive And How That’s Changing: 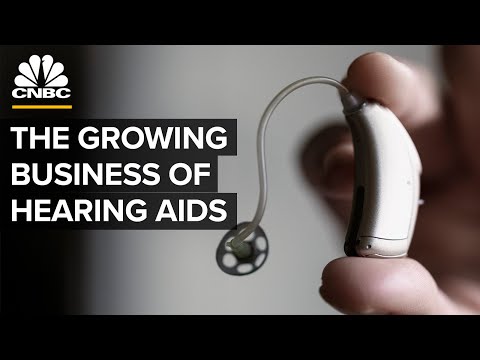 This subject has been tossed around before with a lot of people venting plenty of anger along with a many reasons why things are the way they are. It’s not a happy topic. But responses have nothing to do with who runs this forum. Anyone can freely express themselves and voice their opinions. Also many can’t be bothered to respond because we’ve gone over this time and time again. You do what you have to do

I guess I would say, why are cell phones so expensive? Why are prescription meds so expensive? And the list goes on…
The only law I find prevalent, common and equally enforced seems to be Murphys Law

Well, something I’ve learned from the comments in the video, is in Denmark and Sweden the HA are free.
Not sure why it isn’t worldwide

, surely if they can do it, why not the rest of the planet?

This subject has been tossed around before with a lot of people venting plenty of anger along with a many reasons why things are the way they are. It’s not a happy topic. But responses have nothing to do with who runs this forum. Anyone can freely express themselves and voice their opinions

@hass5744: This Forum is a treasure. Sometimes, I actually feel that it may be productive to rehash a truly significant topic, like the cost of hearing aids, because it can be a really emotionally-charged issue for those whose means don’t permit them to actually outfit themselves with what they really need to hear adequately and to function in daily life. (Analogy: it keeps a point on the pencil and an important topic in plain view.)

In my (admittedly jaded) opinion, rehashing something really important like the cost of hearing devices is far more constructive than discussing hypothetical drivel.

But - the great thing is that even the drivel gets a full and fair hearing on this great Forum, which is “owned” by no one.

But why. I don’t think anyone would disagree that hearing aids are ridiculously expensive. And everyone will continue to agree to that the next time it’s brought up

@hass5744: Oh - I agree that the point you mentioned needs no further discussion, but I think it prompts thinking and discussion on how to deal with it … that’s where I see the utility of ongoing discussion.

I mean, if you’re faced with having to shell out $7,500 every 5 years in order to keep yourself in hearing aids that permit you to keep your job, and are just stuffing bills into a sock to save for it, that’s $125/month that you have to have the means and the willpower to salt away.

That’s a lot for a senior on social security or for a single mom. Surely part of our discussion should include ways of helping them?

To me, it comes down to ‘What makes me hear 100% of the spoken words in meetings, business lunches, etc.’

One would argue the difference between Costco HAs (which are pretty dang good) and top-of-the-line Oticon More 1s maybe not be worth the massive price difference. I mean, we’re talking almost double the price.

If you’re sitting around in a room listening to the TV with CC on, or chatting with your buds at a bar, then every word does not matter. You can ask them to repeat. But suppose your job consists of sitting in board rooms or listening to presenters speak about the latest quarter’s numbers. In that case, you need to depend on hearing every single word, without fail, and the latest and greatest give you that ability, then they pay for themselves. Sure, you can speak up and ask someone to repeat once in a while, but if you’re missing a word every minute, it just doesn’t become possible to do that, and people will hate you for interrupting.

In that case, you need to depend on hearing every single word, without fail.

@whatdidtheysay: Been there. Done that. You’re being melodramatic, IMO.

Besides, assistive devices like Roger have taken it to another level. Your HAs don’t have to do it all, any more.

This point, however, is valid:

Sure, you can speak up and ask someone to repeat once in a while, but if you’re missing a word every minute, it just doesn’t become possible to do that, and people will hate you for interrupting.

I checked out Roger On and it looks pretty neat. Kind of a large device but I can see how it would make sense in a really noisy lunch. Those situations can be really tough.

@whatdidtheysay: Have you checked out the pen? That’s what I’d have liked in the board room.

No, I’m very new to all of this stuff. I’ll go check it out now, thanks!

Just for the record: although I strongly recommend that people try different brands and models, I pretty well just go with Oricon, automatically, because I don’t like “program switching”, and because I don’t like Sonova’s marketing strategy, using a chain of captive retailers who do their Masters’ bidding. I’ve become accustomed to Oticon’s Open Sound philosophy, and I am loyal, doubtless to a fault.

If I were not getting what I consider to be optimal HA performance from my getup, I might be tempted to try one
of the other makers, like Starkey or Resound, but with my More1s, I pretty well put them in at 500am or so and forget about them until it’s time for bed. Speech is of secondary importance to me - I want to hear all the sounds around me - speech or not - and I don’t want or need beam-forming or super noise suppression.

So I just head for the Otcon stall when I’m buying, but that’s an entirely personal thing, and not a good general tactic, I’m afraid.