Over the years, I have had numerous patients experience a drop in hearing loss within weeks of going on Statin drugs to regulate cholesterol. I kind of caught onto this by accident the first time I had a patient come in complaining that three months after getting new hearing aids, she couldn’t hear well.

She came in for an appointment to investigate, and I check the hearing aids. Wax guards were clear, domes were not plugged up, mic covers were perfect, and they sounded fine, so I am kinda scratching my head.

So I put her in the booth and ran pure tone audiometry on her. She had dropped 10 to 15 DB across the board. So I am asking all the questions: “Have you been sick?” No. “Have you been to a concert or exposed yourself to any loud noise over an extended period?” No. “Have you been in an accident with your car?” No. Have you switched medications or added any additional medications to the list? No. No, wait. My doctor put me on Simvastatin shortly after I saw you three months ago. Hmmmm.

So I hop on google and do a search, and sure enough, Statin drugs, in addition to some other nasty side effects, can cause additional hearing loss.

So she quit taking it, and within weeks, her hearing was back.

Yesterday I had a patient in for a retest whose hearing had been dropping rather precipitously the last couple times she had been tested. I asked her about medications, and again, her statin dosage had been increased. That was in November of last year.

She went back to her Doctor and asked him if she could stop taking it all together. He hesitantly agreed. When I tested her yesterday, her hearing was up by 15 to 20 db in the highs, and 5 to 10 db in the lows. She was ecstatic, as was I.

She also mentioned that she had more energy, and she thought her thinking and memory was a bit clearer since she had gotten off of the Statin Drug.

So as a professional, if your patients come in complaining of sudden changes in their hearing, this is a good thing to investigate. As a patient, if you are having changes in your hearing that seem out of the ordinary, there could be a link, and it could be worth speaking to your doctor.

Some reference material for your perusal. Dangers of Statin Drugs: What You Haven’t Been Told About Popular...

Hypercholesterolemia is the health issue of the 21st century. It is actually an invented disease, a “problem” that emerged when health professionals learned how to measure cholesterol levels … 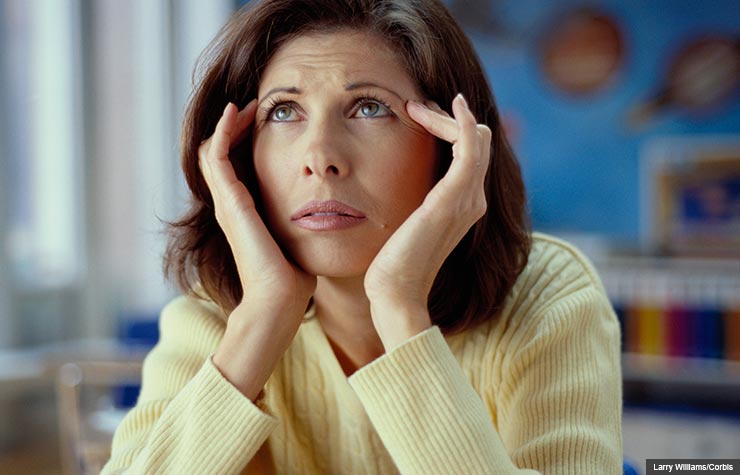 Drugs That May Cause Memory Loss Side Effect

Are you having trouble remembering things? One of these meds may be the problem

I think I would rather lose a bit of hearing than have a heart attack. I’ve been taking statins for 20 years now, and have no intention to stop.

Not saying you should.

However, Cholesterol is, for many people easily controllable with diet and excercise.

I had a friend who was prescribed Statins for cholesterol because it was like 250 something, and he hated the way he felt on them, so he stopped. Instead, he stopped drinking milk, cut 90% of the sugar from his diet, and started walking two miles a day. In 6 months, he dropped his cholesterol over 60 points. The doctor tried to tell him that there was no way that could happen. He got a different doctor.

Not telling you to stop but my doctor has told me that research has shown that the do not really help for most people. Now with that said he followed that by saying that most can lower cholesterol with a diet change and exercise. But I understand some people just naturally have high cholesterol and diet and exercise doesn’t help them.
I lowered mine with diet and exercise.

Many people are unaware that if they are diabetic and/or have other high risk conditions their recommended cholesterol target is much lower than the general public. Typically impossible to meet it with diet and exercise alone.

I have low blood sugar issues at times myself, and my cholesterol once I lost the weight and started walking and doing other exercises is lower than most that take the meds.

Only a quick search but I found this recent study from 2019 that had this conclusion:

CONCLUSION: Statin group of drugs can have a positive effect on the hearing functions and subjective tinnitus. In particular, it is seen that rosuvastatin group of statins has a more notable effect on tinnitus. It was considered that further studies with larger patient groups are needed.

I take rosuvastatin. Google is a dangerous tool. You can find any conclusion you want if you craft your search phrase appropriately.

About 12 years ago my PCP told me I was borderline high cholesterol and asked if I would take Statin drugs. I agreed and within a week I felt like all my muscles had turned to rubber, no energy, couldn’t get my butt. My wife did some research and figured it out. I stopped taking the Statin drug immediately. It took almost 3-4 months to get back to myself.
To this day doctors still try to put me on these Statin drugs and I am still borderline high cholesterol. Haven’t changed my diet and have a few beers regularly.
At what point do we give up quality of life for these prescribed drugs. Break a sweat every day and all is good.

I have told my doctors that I prefer to die doing what I enjoy doing than to die having to set in a chair or be in a bed doing nothing. Quality of life over just living for me.

I did risk factor management for patients who had cardiovascular disease for about 12 years.That included prescribing and adjusting statin medications. For much of my career, we targeted a cholesterol goal. However that thinking has changed. Now statins are seen not so much as treating high cholesterol, but for reducing the risk of a heart attack or stroke. Starting a statin is not based on “high” cholesterol, but on a risk calculation that factors in age, sex (male or female, not frequency), tobacco use, cholesterol levels, blood pressure and presence or absence of diabetes. If the risk of an event is 7.5% or higher over a 10 year period, then it’s suggested statins be considered–over 10% they are more strongly recommended. Taking a statin reduces one’s chances of an event by approximately a third. So if one had a 10 year risk of 15% of having an event, taking a statin could reduce it to 10%. Probably doesn’t sound terribly impressive, but in a population of 15,000 who were going to have an event, taking a statin could reduce that to 10,000 people.There’s really not a lot of push by drug companies to take statins now–most are generic and they’re dirt cheap. There is a whole anti statin industry though that likes to prey on people’s fears. Some people undoubtedly have side effects from taking statins and some of them are quite serious. During my career I probably treated over a 1000 patients and only 2 had serious reactions to statins and both were related to taking the statin with another medication that altered the metabolism. Something I found interesting that some patients would try a statin and claim they couldn’t tolerate it and then have another heart attack. They then developed the ability to tolerate it. When comparing the side effect profiles obtained during drug trials, the frequency of the most common side effect (muscle aches) was the same in patients who got placebos as it was in those who got statins. Make your own choices, but do it with good information–not the latest thing you read on the internet.

Taking a statin reduces one’s chances of an event by approximately a third.

I had heard that this had only been shown to be the case for men with a history of previous heart attack. Do you know if that’s true? I expect there are still a lot of holes in the literature when it comes to drug effects for women.

I don’t know off the top of my head about trials including women. (Ah, here’s one: Statin Therapy < Women's Health Research at Yale) I know it includes primary prevention (never had an event). However the absolute risk reduction is less in primary prevention because the overall risk is lower. For example a person with a 7.5% risk gets reduced to a 5% risk where somebody with prior events might have a 60% risk that gets reduced to 40% risk. The thing that kind of blew people’s minds was that the percentage risk reduction was the same regardless of baseline cholesterol. People with LDL cholesterol (the portion we pay most attention too) of 90 got the same percentage risk reduction as those of 200.

Co-enzyme Q10 is said to help with some of the side effects.

That’s certainly out there, but I’m unaware of any research that backs up the claim. I’ve heard that any enzyme one takes orally is going to be inactivated by stomach acids.

My wife takes a statin.
She had leg cramps.
Started to take the Q10.
Solved the problem.
YMMV.

The thing that kind of blew people’s minds was that the percentage risk reduction was the same regardless of baseline cholesterol.

Yes, I think that is why some argue that statins and ACE inhibitors should be added to the water.

That’s certainly out there, but I’m unaware of any research that backs up the claim. I’ve heard that any enzyme one takes orally is going to be inactivated by stomach acids.

I checked with a local pharmacist. He said quite emphatically that the CoQ10 claim is evidence-based. He also sells CoQ10.

The first time I tried statins my doctor did not tell me that I should also take coq10. I had horrible side effects - pain and fatigue. I stopped taking it but the side effects remained. I did some research and found out about the coq10. Once I started that the problems slowly went away. A few years later with a different doctor he also recommended a statin but he said must take coq10 with it. I’ve had a much better experience and normal cholesterol level since then.

There are some studies that suggest a benefit, some that don’t. I’ve been to lots of trainings by top people in the field who have a much better understanding of how this stuff works than I do and none were enthusiastic about the idea of using CoQ10. They (and I) also have no objection to people taking it if they want to. I think there is an inherent conflict of interest in selling something that you recommend.

I was suffering from some muscle pains after being on statins for 20 years or so. I asked my doctor about it and he did a test for muscle damage which came back negative. I also tried CoQ10 and it did nothing for me. I exercise in the gym for about 1 hour a day, and have done so for years. I backed off on the intensity a bit, and the muscle pain went away. I guess there are limits to what you can do when you reach 70!