First post, first time HA buyer. What a great community here. My question is about some HA I have not even tried yet.

I had a hearing test at Costco Friday. Before the test I had done quite a bit of reading here and went in basically happy with the idea of the KS 8.0. From my cursory look at the signs at the Costco I thought they were the more expensive option as the “pair” price was listed vs. “each” for the other name brands.

Waiting around before the test I figured out the pricing and realized that what I thought was the more expensive option was actually $800 or $900 cheaper than the others. Win! I realize that is kind of a crazy self diagnosis/selection.

Anyway, at the conclusion of the test the technician recommended, and I started the purchase process for, the Forte 8 RIC 312. I asked about the KS 8.0. He said they were good but the phone app and the Forte’s ability to focus more narrowly would help my conversation understanding. (Restaurant / Meetings)

I had not read much about the Forte’s until after that. They seem to claim some advanced processing for (I’ll call it) 360 degree sounds and yet directional focus. A little beyond me and I’m sure all manufacturers claim special abilities

In addition I’m an android user and the reviews on the android app are not universally wonderful, to say the least. Maybe they will get better as they do seem to be working on the issues. I’m not worried about the android streaming issue.

I’m certainly willing to pay more for better, but what does this group think about the comparison?

Oh, I would post my audiogram, but a lightning storm killed the computer before saving it and they will need to retest my hearing. As I recall my results were 0 to 10 out to 1000, 20 at 2000 then fell off steeply to 60 or 70 at 4000 / 6000 and 90 at 8000. Left ear was slightly worse. He said my word recognition fit the pattern of missing high frequencies. I have a high frequency tinnitus that I would put at about 5000 but Costco didn’t test for that and I could be way off as I just played with an on line frequency generator.

They are both good hearing aids. I don’t think you can make a mistake here.

Resounds have a very nice app and have been doing wifi for years. However, featurewise the KS8s are pretty close. They have a 360 program and also good directional ability. They also have a device that will allow streaming to Android. The biggest advantage of the Resounds may be that the fitter is familiar with them. I think either would suit you fine

I have the Forte 8; no contest if you are an iPhone user. Opens up a whole world of hearing… understanding phone calls, audio streaming, tv streaming… all seamlessly integrated.

Thanks for the feedback. One thing that appealed to me about the Forte 8 was the slightly smaller size, but that could just be the two dummy aids he was showing me. I’m not sure I would really notice the difference as a practical matter. As I read more here I realize that within each brand there are various sizes based on battery size, max amplification, and maybe other features.

Are the Forte 8 self programmable? I’d like the option to make tweaks in the future, though I believe I will leave it to the experts for the first few months.

Marginally, you do have bass and treble control over a small range; it’s more for helping to communicate with your audi, which for Costco is unlimited.
Another killer feature of the iPhone (or any iOS device) is ‘Live Listen’; you use your phone as a mic to vastly improve your hearing range. Great for tv if you don’t have a streamer, or with your wife at home, or restaurant…
Android may have this feature, but it is built-in the iOS.

To be complete, another note, all iPhone accessibility features work on iPads (iOS!)

This would apply to the KS8s as well.

My wife has an Ipad, so I’ll play with that when I get the aids.

What about an I-Watch, without actual I-phone connection? Maybe just on wifi? I’m pretty ignorant of apple issues.

agree - it is well worth it to switch to iPhone for the MFi streaming capabilities alone.

It might be worth it to switch to iPhone, if that’s all you need to connect to. I also connect my office phone to my hearing aids, plus laptops, tablets, and other Bluetooth transmitters.

It is really designed to interface with the phone.

I currently wear Costco Kirkland Signature 6.0’s. I recently compared the new KS8’s and Resound Forte’s. I also use an iPhone SE. I liked the directional interface on the KS8 app. It actually seemed to work fairly well. I expected the Forte’s to be an improvement over my KS6 as the Forte is basically, the newer version of the 6.0. I really couldn’t tell any difference. The KS6 have been very good HA’s, but to me, directionality is really not that great. The party setting vs. all around is about the same. The KS8’s sounded “different” to me, but in a good way. I started to get the KS8’s but then told the tech that I’m a musician. The KS6 will distort even in music mode due to feedback cancellation algorithms. She suggested that I try the Bernafon Zerena 9 as she had fitted many happy musicians with these. I’m going to try another appointment in the future and bring an instrument with me to check out the Zerenas. A possible downside would be the Bernafon app. It doesn’t seem as robust.
The KS8s did sound better than the KS6 or Forte with music played from my iPhone. The KS8 also seemed to switch audio to the HAs quicker than the Forte. An example is google maps. When the map app gives directions, the first part of the direction is sometimes cut off or not played at all.

Resound makes a TV streamer that is a near instant MFi audio streaming device. Near zero lag. What Resound does not tell you is that it is mini phone stereo out line level, which means you can use it on many other devices, like home stereo systems, laptops, tablets, public sound amplification systems, etc. And you can use more than one if you need to. And it is small enough to be portable, and it uses a micro USB connector for power, so you can use a cell phone power supply to run it. I have mine connected to my computer and it works great. With the Resound app, you can adjust the balance between the streamer and the aid microphone, and the range is about 25 feet, through walls, too. I think Resound wants $280 for it.

I have not been that thrilled with the “live listen” there is a noticeable delay that is annoying. At least with an open fitting.

Live listen is a mess. Fuggaddaboudit. Whoever came up with this idea should be forced to use it for two days as punishment. Major signal delays, and a lousy implementation of the cell phone microphone, too.
I’m a musician - I took it into the studio to use in place of headphones for tracking my part. I play bass. I was able to listen to my part through my aids, along with the drums, plus pre recorded tracks and I hear no phase cancellation at all. With a bass this is a huge issue because of the low frequencies.

PS if you need remote micing, you could get a small mixer and a microphone, and use the streamer

I have an iWatch 3, with the Resound app installed, and it works well enough, but I find the iPhone much easier to use. That applies pretty much to many apps due to screen the size difference.

The strength/beauty of the iWatch is the ‘Now Playing’ native app. Any time you use audio streaming with your iPhone or iPad, the Now Playing app takes up the iWatch screen. You have immediate pause/play/back/fwd control; most useful if somebody talks to you while you are streaming, you just raise your wrist and hit pause. No fumbling …

This is doubly useful if while you are streaming audio (tv/music/audiobooks…) you turn the ambient sounds off for better hearing. That is because by pausing the stream with your iWatch you also restore ambient sounds. So you get optimum audio as well as instant return to reality

mfi is the jewel in the iOS accessibility hearing aids environment. Apple implemented it years ago and I’ve used for the last 5 years. Without exaggeration a life changer for me. I am sure android also has great features but I am not acquainted with them

most useful if somebody talks to you while you are streaming, you just raise your wrist and hit pause. No fumbling …

Raising you wrist to hit pause seems a bit SLO to me. Hahaha, most ppl won’t get this California location joke that I learned from my son who went to Cal Poly. 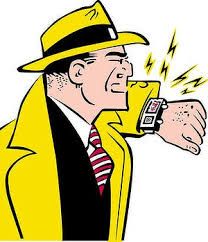 Well I thought it was funny. Maybe I shouldn’t joke. It’s just that I don’t care for all this connected gadget stuff. I just like to hear better

Oh, in case you don’t get it SLO = San Luis Obispo.