In another thread, @miket asked me what kind otoscope I bought to self-examine my ears for the presence of wax. Rather than go off-topic on that thread, I decided to start a new thread. This is what I use: 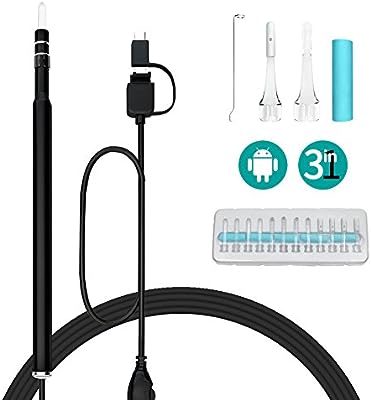 CreateGreat 3 in 1 USB Ear Cleaning Endoscope With Ergonomic design and elegant in fashion.The visual otoscope inspects the target with the using of tiny HD cameras and displayed on the portable monit ...

I have a susceptibility to wax buildup. The first time I went to Costco, the lady who examined my ears told me wax needed to be cleaned out of my ears. Then I went to CVS walk-in clinic and the nurse declared my case to be beyond her skill. “Use eardrops for a week and come back.” Yeah.

I decided I should figure out a method to take care of it myself. I’ve used this device to check my ears so that I know when I need to clean them. I’ve used both my Pixel 2 phone and my laptop to view the image produced by the scope. Then I use drops and an ear wash system, and this approach works fine.

The device comes with a bunch of tools for removing wax. I do not use any of these tools to remove wax, and I do not recommend that anyone use them. Most of the digital devices sold on Amazon come with the little tools. I use peroxide drops or a water/peroxide mixture in the ear wash system, and only that.

There are dozens of similar devices on Amazon. I’ve seen some cheaper devices, but they had bad reviews. I did not check every single device available on Amazon though. And prices change so I would not be surprised if there’s something of comparable quality but cheaper to be found.

Also, YMMV. The devices available at that price point usually have a fixed focal point, so you get a blurry image unless you position the device at the right distance from what you are trying to see. Judging by the reviews, that’s a problem for some people. I also saw a $300 device that does a whole bunch of amazing things and most likely has auto-focus but that’s more than I want to pay.

I also have a non-digital otoscope (the same kind you’d see in most doctor’s examination rooms) but I’m not physiologically equipped to be able to see through it while it is pointed at my eardrum. I have to ask my wife for help if I want to use that one, and she obliges, but that gets old.

Firefly is a brand of digital video otoscope (around $300 +). It has manual focus. It does not come with those dangerous tools. Digging wax out of ears is something for trained professionals only.

I have a cheap otoscope with a bright led. I use a mirror. No need for digital camera otoscopes. To look in my right ear for earwax, l hold my otoscope with the large cone with my left hand. I hold the small mirror next to the otoscope with my right hand and turn the angle of the mirror so l can see the otoscope optics. 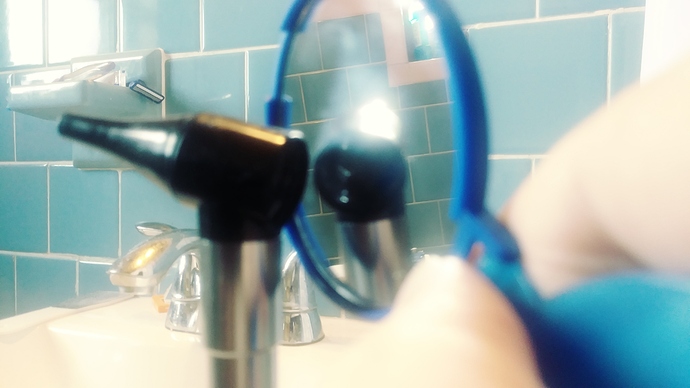 I was sceptical about the Firefly Otoscopes after using some more high end gear in the past, but the portability and ease of use means we now have three and I didn’t replace my expensive ‘professional’ one that died recently.

It could do with a better placed ‘capture’ button though, and I find I have to put a small blob of Blue-tac putty on the focus adjuster to slow the adjustment and keep the focal length correct.

Yes, the focus is a bit fiddley but it does work well. I have not replaced the rechargable battery on my standard otoscope. I do have access to another standard one at work anyway. I’ll remember the Blue Tac tip. Thanks.

I use a mirror.

Tried it, and it never worked right.

I never had any issues. I have one with large optics. 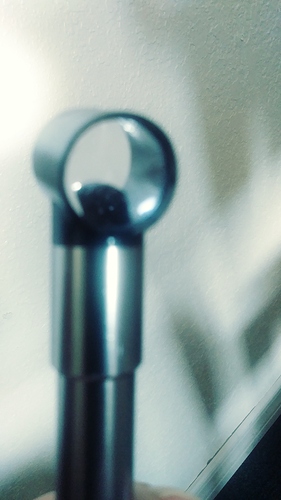 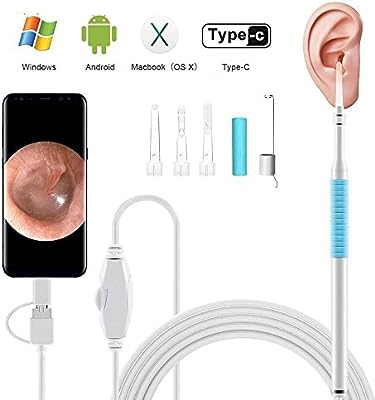 Safely view the ear canal, scalp, hair, pores, nose, nasal cavity, teeth, gums, etc from your android device, PC or MAC computer. The 3 in 1 USB easily connects to any of the compatible devices. The c ...

Thanks for the recommendation. I had gone to Amazon where there are countless ototoscopes on their pages. Some with bad reviews, some with good. I had scanned Amazon a few years ago-but don’t recall seeing any that allowed you to use your phone or laptop as a viewing tool. My wife was not comfortable using the old-fashioned type. The last several years I have paid $30 co-pay at my HMO to have my ear wax removed about 3 times/year.

Ken, thanks for the recommendation. I bought this and have been checking out my eardrum and wax situation. It works well.