Copenhagen, Denmark, 8th April, 2021 – Hearing aid manufacturer, Oticon, has released new evidence proving that the ground-breaking technologies in the Oticon More™ hearing aids outperform the traditional technologies still used in other premium hearing aids. Oticon More™ delivers clearer sound to the brain with high precision, all while letting users hear more of the sounds around them.

Mimicking real-world sounds, recorded with a spherical microphone to create a 3D image of the surroundings, Oticon has reproduced true-to-life sound environments in order to compare the performance of Oticon More™ to premium competitor hearing aids in a real-life environment. Using proven technical measures, Oticon tested; the achieved contrast between speech and the background in complex environments, the speed of adaptation of the device to suppress background noise, and access to speech details in the presence of noise. The results revealed:

By clarifying the full sound scene, Oticon More™ ensures meaningful sounds stand out from the background

Looking at the signal-to-noise ratio in a real café scene, Oticon tested the clarity of speech the three devices provide with a speaker toward the front (-15 degrees) and a speaker to the side (-60 degrees). Oticon More™ and one other premium device performed well when focusing on a speaker to the front, with little difference in speech clarity, whilst the last premium device did less well. Oticon More™ was able to provide this level of clarity while also providing more of the relevant sounds in the environment. And it is clear just how important this level of sound detail is for a user when listening to a speaker that is not directly in front of them, as the study showed that Oticon More™ provides better clarity. Instead of depriving users of speech information that would help them fully participate in conversation, Oticon More™ supports users to understand more speech from more directions with much less effort.

Using a spectrogram for a detailed time-frequency analysis, Oticon tested just how quickly all three test devices were able to access speech detail in the presence of noise. Oticon More™ not only proved to give users access to more precise details than the other premium hearing aids, with vowels and consonants clearly more prominent, but also proved to have much quicker reactions to changing sounds. Oticon More™ takes around 6 seconds to provide the clarity a user needs for understanding when the sound environment changes, while the other products on test take approximately 20 seconds or more to stabilize the sound picture.

“World sounds consistently change, and what our new research reveals is that traditional systems in hearing aids are too slow and singularly focused to support the user to hear well,” says Thomas Behrens, Chief Audiologist, Oticon. “Oticon More supports hearing loss in a radically new way. It features an advanced noise reduction feature which works in unison with a deep neural network to allow users to hear more of the relevant sounds ‘comfortably’. This not only provides a more natural hearing experience but based on these test results, Oticon More is a superior solution for taking part in even fast-paced conversation. On top of this, we have documented that Oticon More reduces the listening effort for hearing aid users which can have many direct positive effects on their health and wellbeing.”

Oticon continues to take the lead in audiology with its ongoing development of industry leading hearing solutions. To read more about the technical investigations by Oticon detailed in this press release you can read the white paper here: www.oticon.global/WP-Oticon-More-competitive-benchmark

*Approximation based on STOI mapping function for normal-hearing listeners

500 million people worldwide suffer from hearing loss. The majority are over the age of 50 while eight percent are under the age of 18. Oticon’s vision is to create a world where people are no longer limited by hearing loss. A world where hearing aids fit seamlessly into life and help people realise their full potential, while avoiding the health consequences of hearing loss. Oticon develops and manufactures hearing aids for both adults and children and supports every kind of hearing loss from mild to profound and we pride ourselves on developing some of the most innovative hearing aids in the market. Headquartered in Denmark, we are a global company and part of Demant with more than 15,000 employees and revenues of over DKK 14 billion. Changing technology. Changing conventions. Changing lives. Oticon – Life-changing hearing technology.

As someone that has been wearing Oticon aids for about 11 years and now wearing OPNS1 aids I am curious to hear from the ones of you that are wearing the More aids. To be honest as for as my hearing goes it is hard for me to imagine the More aids being that much better than my OPNS1 aids. Even with me still having the minor issues I have with voice recognition and soft spoken individuals.

To be honest Chuck, most hearing aid manufacturers are prone to blowing their own trumpet, so I take their usual over zealous and hyped up claims, with the proverbial pinch of salt

Marketing rules most companies, but Oticon has proven to be my best choice for my hearing needs

Over the years I have used Phonak and Oticon , and they are both excellent manufacturers… Although for both, some of their marketing claims are at best, questionable! Cheers Kev

For those in the USA, here’s the white paper. Oticon blocks US traffic to their intl website.

I would love to see a comparison between the More and OPNS aids.

I’m with this guy on this, thank god I’m hanging onto mine for now

I’m on day 3 of the Oticon More1’s coming from the S1’s. I definitely hear more sounds and things are clearer albeit louder. I just actually understood what Alexa had to say whereas before, i would just ignore her. Its early days and i haven’t been out of the house much. Reserving judgment for another month or so…

Here’s the YouTube version of the whitepaper on this release that Abram Bailey linked up for us below: 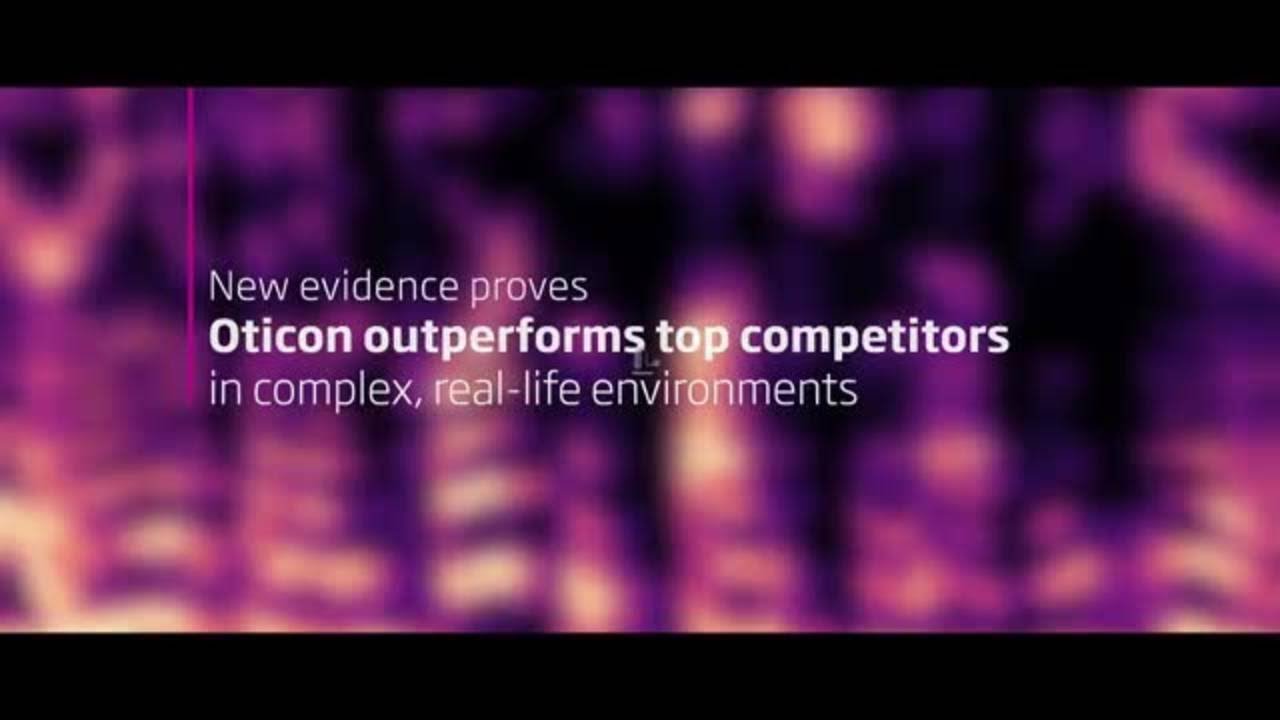