The NY Times has a great article on how the development history in CA led to its present state of unfortunate wildfire disasters: 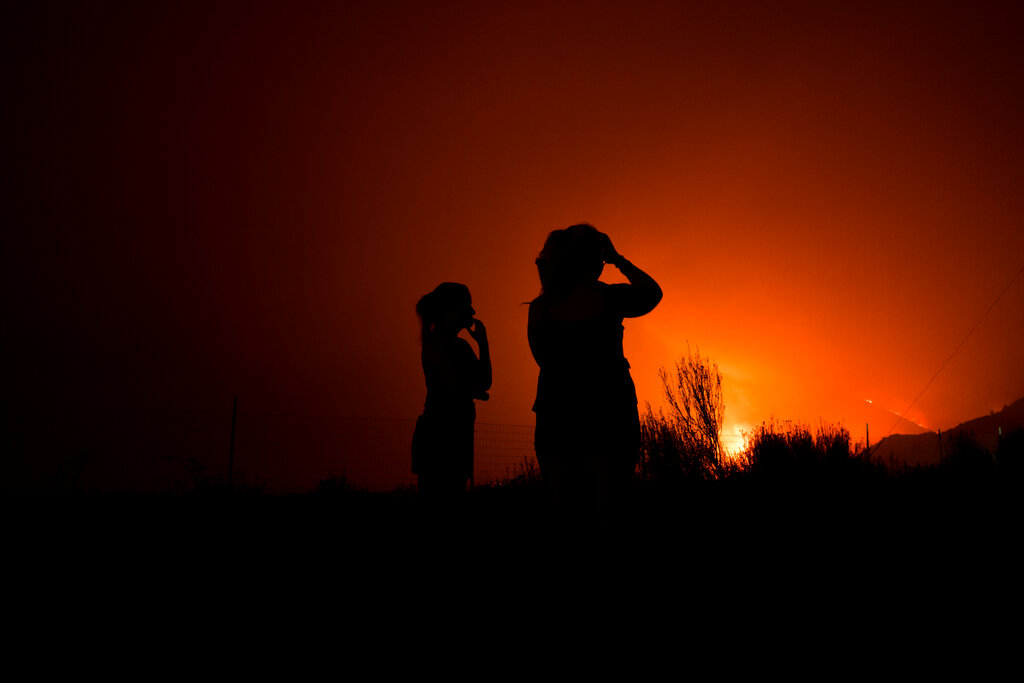 The engineering and land management that enabled the state’s tremendous growth have left it more vulnerable to climate shocks — and those shocks are getting worse.

It’s a very thought-provoking article. I think a few views per month of NY Times articles are free and it’s worth a glance if you can access the article.

Following up on a comment you started on another thread. I don’t think California has any exclusive claim to poor land development decisions. Building in flood plains and in areas frequented by hurricanes come to mind. California has made it much more challenge to build in the wildland-urban interface, requiring fire resistant siding, tempered glass windows and other requirements to fire harden the home. A lot of the area that has burned and is still burning is not developed.

Building in flood plains and in areas frequented by hurricanes come to mind.

This is true in the Houston area for sure. Too much concrete and no drainage.

A lot of the area that has burned and is still burning is not developed.

I suspect fire fighters priorities are saving homes and towns.

Interesting article.
I never knew the details.
Thanks for sharing.

How does this post relate to Hearing - Hearing Aids?

It is in the SOCIAL category for things of interest to people. This is where we go to discuss and learn about the other things in life besides hearing aids. Many of us have interests outside our hearing issues, and like to share with others we have gotten to know here on Hearing Tracker. Report it to the mods if you don’t like it or hit your back button on posts like this.

Want to get to know other forum users in a less hearing-loss / hearing-aid focused way? Please keep the random social encounters here

Decent article, but the issues mentioned aren’t unique to us. Fires are an issue in most of the West, but more of an issue in California because of our population. Building new infrastructure but letting the old deteriorate is also a common theme. I’d say people in general aren’t very good at thinking ahead.

Following up on a comment you started on another thread. I don’t think California has any exclusive claim to poor land development decisions

I think it’s the status vs. the precariousness of California that draws special attention. It’s state economy is ~the fifth or so largest economy in the world. It’s the most populous state and one of the most progressive. Yet it’s in an earthquake-prone region and a region like much of the southwest susceptible to stretches of unusual drought. And life in the LA basin is only possible with a giant aqueduct bringing water 400 miles from the north through the Central Valley. So I think it’s the richness of California and the potential for disaster of an unimaginable scale at the same time that make California an object of special attention and fascination. A massive fire in Utah, Montana, Colorado, etc., is not the same as the Napa Valley region going up in flames and smoke choking the daylights out of the Bay Area. I agree that there are many coastal and floodplain areas in the U.S. that need to get their acts together, prohibit rebuilding in unsafe areas, but one might say, if California can’t do it right, who can? We have the same sort of thing going on in San Antonio in a different way. We have a huge underground aquifer that has provided a good water supply year round and torrential rains off the Gulf of Mexico from time to time help keep the aquifer level charged up. Yet folks can’t resist the lucre of development. Already 25% of the aquifer’s recharge zone has been paved over for development. So if California provides extreme examples of development decisions that boomerang when they collide with severe climate change, perhaps it’s a useful thing to write about in hopes of waking other folks up who should pay more attention to what’s going on in their own backyards, too.

I found the “if California can’t get it right…” comment kind of funny. I don’t think we’ve got any special ability to get things right, but I think there are a whole lot of people who think we get it wrong most of the time.

Interesting topic, for sure. Alabama doesn’t get many things right, but there are a lot of National Forests here, and the Forest Service periodically burns them to keep them in good shape. It seems that Native Americans did that before the white man took the land away from them. If the undergrowth is periodically burned, it makes it less likely the forest itself will be harmed in case of wild fire. The problem in California is that people build in, or near those forests, and don’t want fire anywhere near. After 50 or 100 years, they are right for disaster to strike. I am sure the folks who try to maintain the forests out there are doing the best they can. They are just in a situation where there is only so much they can do.

Perhaps someday they will have robotic solar-powered machines (since there’s lots of sun in CA!) that can munch through the undergrowth, cut it down, and cart it away to do something useful with it (cleanly burn it as biofuel somewhere other than having it burn smokily on a populated mountain side?).

I went to UC-Berkeley for 4 years in the late '60’s, early '70’s. There there are even modest homes perched on the steep Berkeley hillside with open car ports right next to the house. Much of the Oakland side of the Bay, at least the first few blocks down to the Bay was built on landfill out into the Bay.

So forget about fire. I always wondered what was going to happen to all those homes in the Berkeley Hills with the next really Big One- cars from above sliding down the hillside through homes below - and they say a lot of shaking can literally dissolve the landfill in the Bay, causing it to slide out from shore into the deeper areas of the Bay in one big mudslide.

My sidetrack into wildfires into California was occasioned by thinking of how recharging Li-ion batteries is on a small scale going for the “now” and not wanting to have to bother about the long-term. And the thought popped into my head that the same sort of thing goes on in CA, which I adore as a state. Hopefully, California will show the way as it has many times in addressing some of its remaining long-term possible problems.