Newby or not newby, that is the question! OMG it's a long one!

All your quesadillas more can be answered with some reading.

Spell check!
I meant questions.
That’s funny. Must have heard my stomach rumbling.

My thoughts are that if the distance is reasonable, go to a Costco hearing center for a test and prices. Here are the ones I see listed on the UK Costco Hearing Aid site. 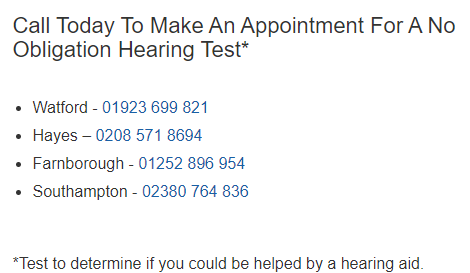 Their KS9 model is essentially a Phonak Marvel M90 aid with a 312 battery, no telcoil, and no tinnitus masking. It is a premium hearing aid at a very good price (at least it is over here in Canada). I think it would be suitable for your loss, but you probably should use the frequency lowering feature to shift down the higher frequencies.

Their Rexton Adore Li model is currently on sale over here. It is basically a Signia that is rechargeable.

The RIC style aids have about 75% of the market, and typically offer the latest features and the best prices.

Sierra
Had no idea Costco HA dept were here in UK thanks for heads up, will check em out.

Raudrive
Thanks too, all I can think about now is a quesadilla!

I have done a fair bit or reading, I must admit I get info overload. Your point on “…compatible with phone” That seems to be a common view and makes sense I guess but I don’t actually talk on my phone that much these days, I text mainly and use it for the internet so I’m sorta wondering… or is that backward thinking?

Their KS9 model is essentially a Phonak Marvel M90 aid with a 312 battery, no telcoil, and no tinnitus masking.

Heya, just re-read your post again properly and that promoted some more research…

Did I get it right that that a KS9 is a Marvel but it’s not exactly the same in that it wont work with a Roger pen for example? Although that is the dumbest name for a product I think I’ve ever heard it looks like a potentially cool thing to have!? (sorry, the ‘Roger’ that prob invented it…)

I don’t use the KS9 but yes that may be a limitation. There are way over 1000 posts here in the KS9 thread and I’m sure it is well covered. Hopefully somebody that uses one can answer. I have seen posts that if you use an iPhone, the iPhone “Live Listen” feature works. You have to put the phone where you want to pick up the voices and turn Live Listen on.

No Roger for the KS9 aids. A possible Phonak RemoteMic might be used but have zero proof it will.

You might find yourself back on the phone when you stream the phone call with your phone. I used to only text because I couldn’t hear using the phone. Bluetooth streaming a phone call is very nice for us hard of hearing people.

I have the Costco Brio 3, which is like the Phonak Audeo B90 and I’m very happy with it. I got the Compilot 2 Bluetooth device, tv transmitter, and Roger Pen (got the Pen used on Ebay).

You might find yourself back on the phone when you stream the phone call with your phone.

thanks, think you might be right re the phone use…

Rexton vs KS9 any new thoughts?

Oh and from what I read KS8’s are a higher spec device than KS9’s that correct?

Roger pen for example? Although that is the dumbest name for a product I think I’ve ever heard it looks like a potentially cool thing to have!? (sorry, the ‘Roger’ that prob invented it…)

(Off-topic so please don’t follow up or I’ll feel soooo guiltly!) I don’t know what inspired the name “Roger.” But it could easily have been that “roger” is used in radio communications, e.g., in aviation, military, and police, to mean “I have received and understood your last communication.”

I would suggest that the KS8 (like the Rexton Adore) and KS9 (like Phonak Marvel) are about equal in technical aspects. There are some things that each does better than the other. They are from different manufacturers and the KS9 should not be considered as an evolution of the KS8.

The KS8 is MFi while the KS9 is not. However, the KS9 has a solution for both iPhones and Androids. The KS8 has a good program to adjust the quality of a streamed signal, mainly to boost the bass. It also has Own Voice Processing which allows it to identify the unique user’s voice out of all voices it “hears”. This lets it adjust the gain when the user is speaking. This in turn allows more closed fittings to be used, without causing an own voice problem. A second benefit is that it plugs into the 3D classifier, and allows the hearing aid auto program to adjust to 24 different listening situations. On the other hand the KS9 cell phone streaming method allows for hands free use of the phone. The KS8 is not really hands free. You have to hold it up to your mouth.

There are a few more differences, but I think they are both very credible aids.

Using a streaming cell phone is clearly the best way to hear when talking on the phone. The sound goes to both ears which gives you about a 3 dB gain in volume. Listening to a regular landline set as a speaker phone is not bad. The poorest is a regular land line held up to one hearing aid. That works, but is certainly not the greatest.

As far as needing steaming from a TV, I certainly have felt no need for that. But, that may depend on each individual’s “corrected” hearing level.

You’re a great help Sierra, thanks

Haha, HAD to reply brec, sorry!

Anyway, it’s still a silly name IMHO… even more so if that’s it’s origin… (once more apologies to the inventor ‘Roger’ if that’s its true foundation…

OK, the genie is out of the bottle. I will accept all blame for that.

“Roger, wilco” means “I have received and understood your last transmission [roger], and will comply [wilco].” “Wilco” is a positive response to a transmission that contains orders or instructions for action(s) to be taken by the recipient…

Hearing aid reliability is something to consider. Seeing you wore aids for 10 years before looking for new ones brings up longevity. Searching this forum for hearing aid problems can help you with this. I do not want to open a can of worms about this. Some aids are better than others in this regard.

With all the choices for new hearing aids it can be challenging.

Whatever practices you have used with your old aids it would be wise to continue with your new aids.

I don’t know what the NHS is fitting these days, but if you think you’d be happy with a pair of repaired Audeo Yes RICs, you’ll probably be happy with whatever the NHS can give you for free which is likely newer. So long as it’s properly fit.

There’s a lot of marketting with hearing aids. Differences between brands aren’t as big as it might seem.