How to get the Phonak Roger program sounding good?

I have a Phonak Roger System, thanks to the Access to Work scheme in the UK.

Has anyone figured out a good way of programming the Roger (I mean the Roger program on the aids).

I find too much NoiseBlock actually takes away Speech coming through the Roger.

EDIT - When I say Noise, I mean background noise.

You might try copying the speech in noise programming into your Roger program.
See what you think.

Good idea. I’ll have a mess around and see how it sounds. Thanks.

Turns out my Speech in Noise program and Roger program are the same anyway.

I think it’s UltraZoom I find so useful rather then the actual gain settings.

Which Roger device are you talking about?

I’m using the Roger EasyPen and also the MultiMedia Hub.

Since roger program is essentially streaming, did you try sliding more towards roger mic only and less towards mixed input from roger and ha? In my phonak app.

I played today with streaming and sound was better when I discarded ha mic, so I thought of this topic of yours, maybe that could help more, in case you’re not already doing it?

I’ve tried it with lower HA mics but totally feel cut off from the world then. I’m a bit of an odd one.

I do have a program for Roger only (no mic) for when it super noisy.

Yeah, I suppose it depends on what you need it for. I’m still figuring out my preferences.

Does this mean you’ve been able to have 2 programs that include roger mics? Please, tell me how?

And can you please share from which ebay sellers did you buy your roger stuff? I saw several but I’d feel better to go to some you had good experience with

Does this mean you’ve been able to have 2 programs that include roger mics? Please, tell me how?

I haven’t tried my M50 but on my B90 I can have 1 x Roger Ready program and 1 x manual Roger program.

And can you please share from which ebay sellers did you buy your roger stuff?

This is the seller I use. I’ve bought loads of my HA stuff from him, not just Roger stuff. 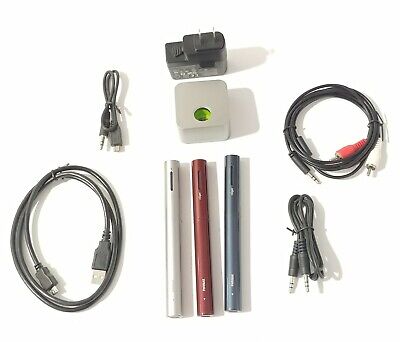 The Roger Pen is ideal for adults and teenagers. It can also be used alongside other Roger Clip-On Mics and Roger Pens in a microphone network. Roger is the latest wireless technology from Phonak. Digital processing makes speech significantly clearer...

Hm, could that be difference between edu and non edu receivers?

And thanks for seller info!

I don’t believe so. It’s purely on the 02 receivers you can adjust the gain within the actual receivers.

Ok.
On my M70/90 on trial I just couldn’t add manual roger, could you please check if you can see such option amd where it is?
I just have regular roger stream one. And I’d certainly like to have 2, one for pen another for select for example. Or something

No you can’t add another Roger program. That’s really disappointing.

Thanks for the confirmation.

The B90 isn’t Bluetooth, it uses the ComPilot.

I’m actually really disappointed in the M50 in terms of what the ComPilot for the B90 can do and what little the M50 does.

To me it definitely seems like they’re saving features for the next platform, eg to milk as much money as possible during intermediary steps.

Story about limited space on chip I don’t buy. Wonders can be done in what, 32k? I forgot how much exactly, but whole non trivial game fit in some unimaginable little space.

If that really was the issue, refactoring to condense code could yield a lot of space. Seeing how many companies do their IT products, unfortunately I’m inclined to stereotype that many write ugly repeatable and not optimised code. I work in IT, my hubby and best friend as well. We’ve seen a lot of ugly code. I can’t recall if anyone ever mentioned they’ve seen some really short and effective code in production (for the code written before we came), but bloatware is all around. Yes, I comment other people’s code because that’s what you get when you start somewhere. Rarely you start from zero.
And of course, changing old code is never a priority, and management usually doesn’t improve optimisations. Because they’re blind that that would bring money on the long run (eg by clearing the space needed to implement new features).
Yes it’s stereotype about sw development, seen in small and big companies. Phonak isn’t even an IT company, so there’s even smaller chance that some developers can push the change up towards management, since most of them aren’t from developer backgrounds.
Yeah, I’m not hopeful

Sorry for the rant

If I’m wrong, then I’d very much like to apply for a job there

I read somewhere that due to size the Marvel and Belong aids had to give and take features.
The Marvel added all the Bluetooth stuff but had to give up things like manual programs to do it.
Squeezing so much information into such a small package.
Makes me think a new chip set will be needed to further expand features.