I am considering a new set of HA and would like bluetooth connectivity without a separate repeater device.

I was looking at the Starkey iPhone 110’s but the associated Truelink App for Android page has a footnote - “TruLink for Android does not provide streaming at this time.”
This is rather important feature as I want to hear cell phone conversations, music etc. through the HA’s.

Does anyone know if this feature is now supported in Truelink and the footnote is just old?
If not, are there near term plans to roll it out?

Also, the Siemens/Signia touch control app has a really nice 360 degree “Spatial Configurator” page which lets you dynamically control in which direction and how narrow the beam that your HA’s are focused at that moment.
Does/will Starkey Truelink incorporate a similar feature???

There’s currently no industry-standard specification for streaming audio over Bluetooth Low Energy, so Android-based devices won’t be able to do direct-to-HA anytime soon. Starkey hearing aids don’t have a feature that allows you to focus the microphones in specific directions.

find an audiologist you can trust

Doubledown must have been invited to a Oticon pre-release party to have such a solid knowledge of an aid nobody has seen/worn/bought. Must be from all his work on the Psychic Hot Line.

I must admit that DoubleDowns lead may a good one.

The scattering of Oticon OPN teasers that I have found so far (thanks Google) make it look like an interesting HA.
The Oticon ON smartphone app isn’t available yet.
Maybe I’ll reevaluate HA’s in mid summer after these hit the street and I can find more detailed specs (and try something other than a version 1.0) ! 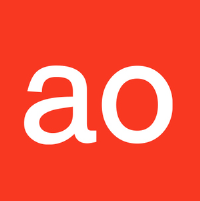