BTW, some of the back-and-forth discussion on the forum where someone gets riled up, remind me of a movie I just saw that I recommend to everyone. Tom Hanks gave an Oscar-level performance as Fred Rogers. It’s not a kiddie movie. Parts of it are disturbing. It’s based on a true life story of a troubled reporter whose life “Mr. Rogers” turned upside down.

But to appreciate that Fred Rogers was not just a cream puff for kids, I recommend anyone watch the excellent documentary on his life before watching the fictionalized account of his reporter interaction:

Won't You Be My Neighbor? Movie | Official Website | Trailers and Release...

Won’t You Be My Neighbor? takes an intimate look at America’s favorite neighbor: Mister Fred Rogers. A portrait of a man whom we all think we know, this documentary is an emotional and moving film that takes you beyond zip-up cardigans and the land...

The 10,000 word article that the real life reporter, Tom Junod, wrote for Esquire magazine in 1998 that described the BEFORE FRED ROGERS and the AFTER FRED ROGERS, was reprinted by Esquire with more pictures added here (the original version of the article is still on the Esquire website, too): 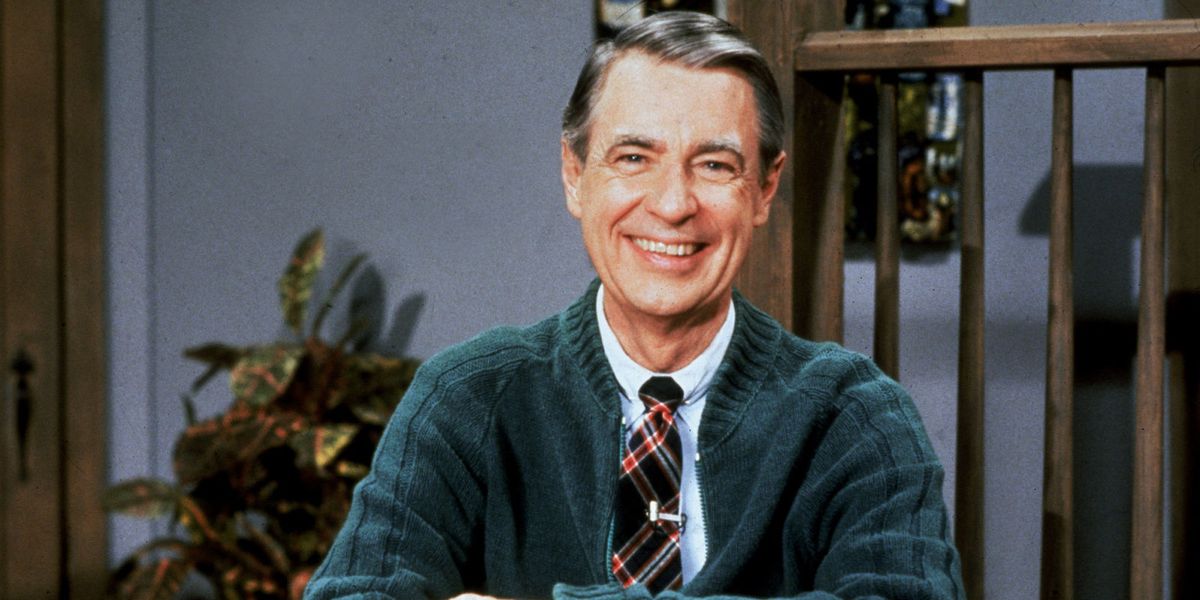 The Definitive Mr. Rogers Profile: 'Can You Say...Hero?'

Fred Rogers has been doing the same small good thing for a very long time...

Folks might want to think about Tom Junod and Mr. Rogers before they get into any contentious back-and-forth on the forum. I know I will be doing so. A Beautiful Day in the Neighborhood is a GREAT movie!

P.S. If you wonder about the “excessive” kinetic energy and edge of Tom Hanks “Mr. Rogers” as the movie opens, it’s not that Hanks is doing a lousy job as Mr. Rogers. It was intentional as parts of the movie dip into the surreal and “Mr. Rogers” wants to take you there.

Although the original title of the thread has been changed, the idea was to encourage folks to socialize by posting stuff that they find enlightening and useful during a global crisis that’s put much of the world in doldrums, including hearing care and the hearing aid industry. Didn’t mean the thread to be solely about Mr. Rogers but it’s been misdirected that way. The idea, too, was unlike hobbies that might be more expensive that I suggested sharing in another thread, sharing “something useful” should ideally be “stuff” that’s easily accessible to all. The movie that I suggested watching is NOT chiefly about Mister Rogers (Hanks only got an Oscar nomination for Best Supporting Actor). It’s about a fictional reporter Lloyd Vogel (brilliantly played by Matthew Rhys) and how the fictional Vogel comes to grips through his unintended “run-in” with Fred Rogers with events and family members in his life that have been deeply troubling to him. And the movie is moving because it was “inspired” by the story of a real life reporter, Tom Junod, who hopefully was not so “off-the-rails” when he had his own life-changing experience. My wife and I both exhaled deeply after the movie but almost said at that same time, “Wow! That was a great movie!” In a depressing time in the world, it’s great to find things that can be spiritually uplifting. I’d encourage anyone else who wants to to share buoying suggestions in this thread to help float us all across troubled waters.

And also perhaps we can all keep the “original” fictional Lloyd Vogel in mind as we interact with our fellow forum members and express our likes and dislikes, etc.

Yeah, sometimes our mods seem to get a little overzealous…My ASL comments in your stuff to do during pandemic downtime thread make absolutely no sense now that it’s a thread about discussing MS Flight Simulator.

But since we’re now fixated on Mr. Rogers, if you’ve never read about this, and seen the video, you owe it to yourself…

During the heat of the Vietnam War, President Richard Nixon intended to slash federal funding toward public television in half. Rogers had a different vision for the future of public television.

Fun fact: one of my college classmates was Officer Clemmons! I didn’t know him all that well, he was in music and I was in chemistry. But, we’ve all got to grab our brushes with fame where we can.