Some more docs for you all:

Thanks for the info.
I noticed full on gain of 66. So these aids would be good for people up to severe loss, maybe a touch profound.
They look nice.

There’s a noticeable lack of the keyword “open” here in any of the features, which is the hallmark of the OPN. Such as OpenSound Navigator, OpenSound Optimizer, OpenSound Booster, etc.

Whenever a hearing aid company sells their tech cheaper at Costco, they usually change as much as they can in the naming to obscure the connection between the discounted product and the flagship product. So, I wouldn’t jump to any conclusions there.

I’m not really drawing any conclusion. And I understand that they do change the name differently so that it’s not obvious of the copies. However, like in the case of the Sonic Enchant 100 and the Bernafon Zerena, I could draw a comparison to see the equivalence of the technologies embedded in them fairly easily despite them making things with different names, to deduct that they probably share the same technologies. But in the case of the Phillips Hearlink and the Oticon OPN here, I really don’t see anything that seems to be the equivalent of the OpenSound Navigator or OpenSound Optimizer or OpenSound Booster.

Still not drawing any conclusion yet nevertheless, just saying I don’t see anything glaringly similar to the Oticon technologies, yet I saw a few glaring similarities with the Sonic Enchant 100 technologies.

As far as I can tell, the approaches to signal processing between the OPN and the Enchant are VERY different. The Sonic Enchant for some reason doesn’t seem to catch on to the hearing aid market as well as the others, even compared to the Bernafon. So I wouldn’t be surprised if William Demants is making this move to promote the Sonic Enchant technologies more effectively through the Phillips label /brand.

Clear as mud. Maybe one of us could trial the new Philips, then if it’s not locked, take it home and see which software detects the hearing aids;

Hate to say it, but I think the inductive charger is a clue that Philips miniRITE TR hearing aids are using the updated Velox chip, as the photo of the charger is exactly the same as the charger for the OPN-S. I don’t know if that means the Philips hearing aids are fully featured in comparison to OPN-S, but I don’t think any other Oticon hearing aid (other than OPN-S) offers lithium-ion technology?–first-generation OPN doesn’t. The Philips line appears to be offered in a limited range of “two-tone” colors and has a different look than OPN, but it will be interesting to see if the features are identical to OPN-S, albeit disguised under new terminology.

We just updated our story here Costco to Sell Philips Hearing Aids - From $1,249.99 with a response from Demant:

How are Open Sound Navigator and Speech Guard different from SoundMap and SoundTie?

OpenSound Navigator and Speech Guard are features only provided in Oticon products (Opn, Opn S, Opn Play). Their respective role is to help patient understanding speech in noise and making sounds audible. This goal is addressed by Phillips HearLink in a different manner. While Oticon and Philips products both offer innovative technologies for these key patients-needs, they do it following a different approach. OpenSound Navigator has a unique three stage processing in noisy environments with an Analysis, Balance and Noise Removal. The goal is to allow for significantly improved performance in noisy situations without creating the unnaturally narrow listening window created by beam forming. SoundMap Noise Control uses a more conventional approach with a Directionality and Noise Reduction, but here using a twin-microphone to estimate noise more accurately. On the amplification side, Speech Guard uses a linear gain window to optimally preserve small changes in level (speech modulations), while, SoundMap amplification integrates a noise estimate that controls compression ratio to better preserve speech information in noisy environments. SoundTie is the name of the connectivity solution of Philips HearLink. It shares the core transmission technologies (2.4GHz Blutooth low energy, Near-Field Magnetic Induction) with other products of the Demant group, including Oticon.

Is there anything in the Philips aids that would provide something similar to the OpenSound Optimizer feature found in the Opn S?

Demant has developed and patented a core technology to detect and control feedback in a much faster way than conventional technology, and which does not make use of conventional frequency shift and gain reduction. This core technology is applied in both Philips and Oticon products to provide state of art/ market leading feedback control.

Thank you very much! The mention of Opn Play caught my eye so I looked it up. It’s their pediatric version.

So now I don’t see any purpose for this product.

I suspect it’s “purpose” is to provide a separate brand to sell through Costco.

The OpenSound Navigator is the heart of the OPN, so it is now pretty official that the Phillips Hearlink is not really the OPN. It is most likely the Sonic Enchant product then. I don’t really know much about Bernafon but there’s a possibility that Bernafon and Sonic share the underlying technologies as well.

It’s entirely understandable that the OpenSound Optimizer (the feedback prevention technology) can be separated out and used independently from the OpenSound Navigator technology. So I’m not surprised that William Demant implements this technology on the Phillips Hearlink.

“I suspect it’s “purpose” is to provide a separate brand to sell through Costco.”

Redundant. They now have Costco covered via both Philips and Bernafon.

How many channel it has or channel free operation? Compare to opn s 64

If Demant was not successful selling Bernafon through Costco then I don’t see why they will fare better with Philips.

HearLink does not seem to closely match a specific model name-brand hearing aid? So (imo), maybe you would be buying a pig in a poke

It’s all speculation at this point, but maybe Demant plans to put some effort into marketing. Now that they’ve got a clearly differentiated product that’s not directly competing with their private audis, maybe they feel they have more freedom to market.

Do we have any info on who will be selling these besides Costco? Must be somebody as they have a full set of levels and I’m guessing Costco will only sell the most advanced level. 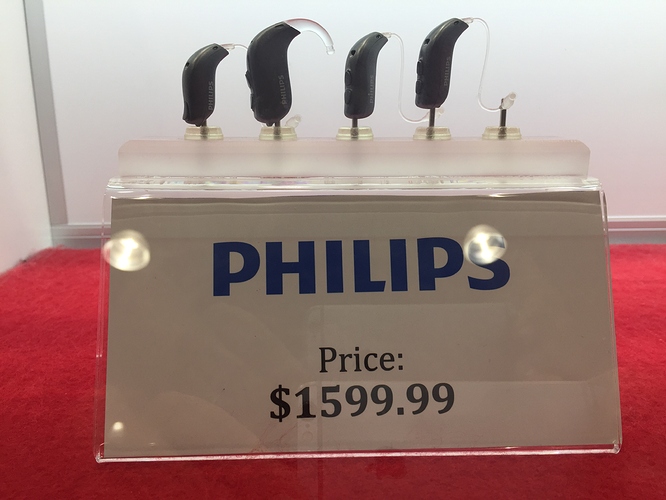 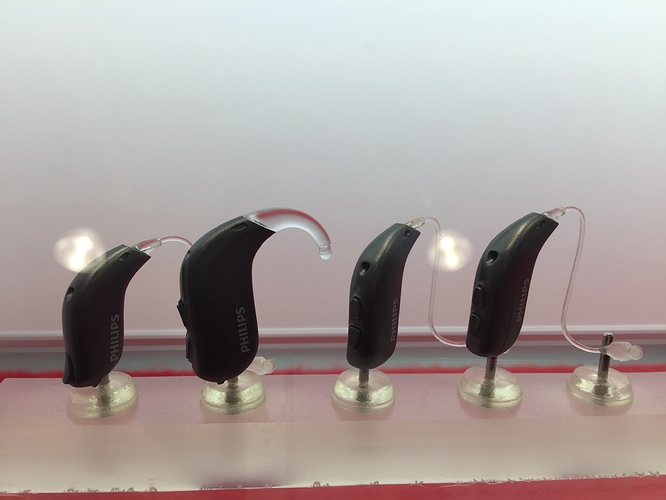 It’s formally in Costco canada and till now they don’t have the enough details for programming or software. They took out Bernafon and said this “could” be replacement of it

My fitter said Philips is Bernafon with a couple changes. Looks like Costco might be selling Philips over the counter aids when the time comes.