I would like to recommend a new book… Volume Control: Hearing in a deafening world by journalist David Owen. He was recently interviewed on NPR’s Fresh Air ( 'Volume Control' Author David Owen Says Ambient Noise Threatens Our Hearing : Shots - Health News : NPR ). The book covers the history of hearing loss and correction, physiology of hearing, damaging sound exposure in the workplace and in every day activities (lawn mowers, power tools, earbuds, etc.) and what we can do to protect our hearing. It’s well written, comprehensive and up to date on technology. I highly recommend this read.

I just put it on hold at my library, they have a lot of copies and still have a long wait list. Popular book! Thanks for the tip.

eBay has the hardcover for about $21 and the ebook for $5.
Amazon a bit more.

Wow, there’s a >6-month hold at the Boston Public Library. That’s for the eBook version. My other three library networks don’t carry an eBook version. Sounds like this will make some vacation reading next summer, in the quiet (except Saturdays when all the water skiers are abusing our ear drums) wilds of Maine.

I think that horse is already out of my barn. Where was he 50 years ago?

I’m 3/4 of the way through, will finish today. Definitely a must read for most here. Lots of history but the chapter on hearing aids is key. Some takaways.

Consistent with my experience, the $500 Bose Hear phones are as good as, and in some way better, than "premium " HAs.

The FDA is not acting in our best interests.

If you can operate a graphic equalizer on your stereo system you can and should program your own HAs.

I didn’t see this thread. My father found and told me about the book. His comment:
…our public library just got a book Volume Control: Hearing in a Deafening World by David Owen. It’s about loss of hearing and fixes such as hearing aids and up. It’s dull in spots but has some good stuff, too.There are some good laughs as well… I found it worthwhile.

I got it and am about 15% into it now. It is surely a ‘New Yorker’ piece. Written at very general-reader level, with decent background research, entertaining writing, and encompassing a wide field around “ears”, including balance.

As a lifelong sound guy, some of his explanations seem shallow to me; but it is not a textbook (and I have seen shallow-stuff in audiology texts). The chapter Hearing Aids has a wonderful visit to Starkey and how they make earmolds, but hardly skims the whole subject.

I would like to recommend a new book… Volume Control: Hearing in a deafening world by journalist David Owen. He was recently interviewed on NPR’s Fresh Air

Good catch! I am belatedly catching up on Science Friday podcasts, which are also broadcast on NPR stations, and Owen also appeared on Science Friday on 11/15/19. One of the more interesting things I learned in listening is that SciFri host Ira Flatow, a nationally prominent radio science journalist, well-known by Nobel Prize winners, etc., is essentially deaf in his right ear and suffers from tinnitus. Flatow discussed how the ~complete loss of hearing in one ear made him more acutely aware of anything that might damage the hearing of his left ear to the point that walking NYC streets, if there is anything like a very loud truck, he will instinctively cup his left ear to protect it and that he’s always amazed how New Yorkers just walk around unfazed by the loud sounds with which they are continually assaulted in the city. The program discussed military hearing loss, tinnitus, how difficult it is to make a hearing aid, and how Owen, a hearing loss sufferer himself, prefers the Bose Hearphones to hearing aids when in a noisy restaurant. Flatow asked Owen why don’t Apple, Bose, Google, etc., just make hearing aids with all their sound technology, and Owen said regular-sized stuff like the BT antenna in a phone doesn’t work too well when you just try to miniaturize it for an HA. Perhaps in a reference to MFI, he said Apple thought that it would be easy to come up with HA/iPhone connectivity but that it took them a lot longer than they thought it would to accomplish that - so if more details on perfecting MFI are in the book, it might be an interesting read on that account. How about it? - from those of you that’ve read the book? 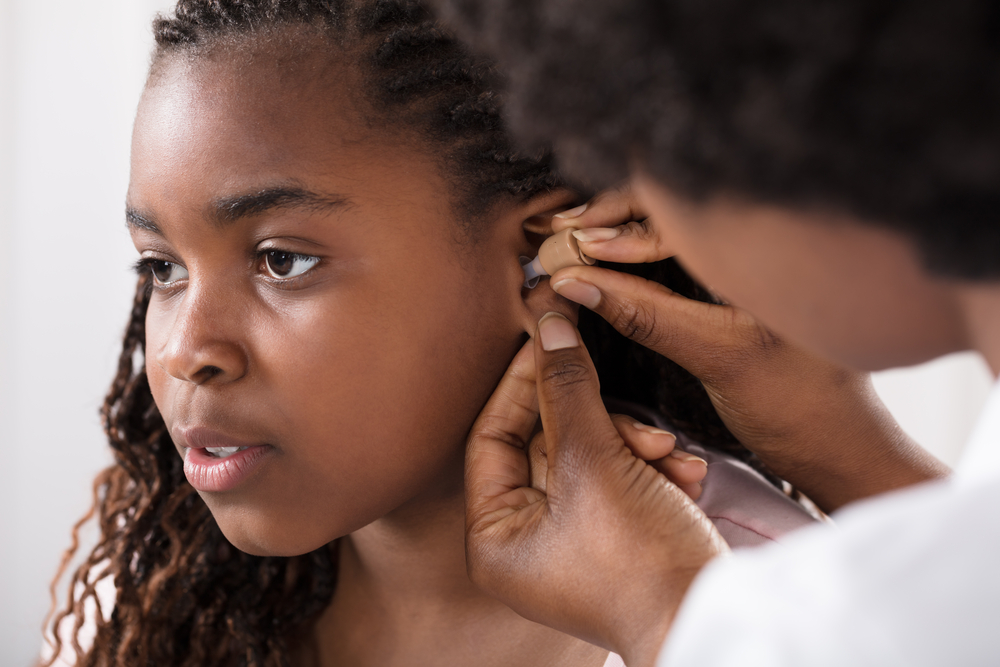 Not Your Grandparent’s Hearing Aid

A new generation of tech is helping millions of Americans cope with hearing loss.

How about it? - from those of you that’ve read the book?

The book is even better, richer, than I thought when I started. There is MUCH about hearing. And tinnitus. And The Market. And how loud the world is, and many anecdotes. The Kindle is just $15, the Kindle app is free and in some ways better than an actual Kindle. Just buy it!
Volume Control: Hearing in a Deafening World: David Owen: 9780525534228: Amazon.com: BooksAmazon

more details on perfecting MFI are in the book

But not for that reason. Apple is mentioned only tangentially. The problems of BluTooth in a very low-power (watch-battery for a week) are not discussed in detail.

The core problem is that HAs ‘must’ run on 1/100th to 1/1000th the power of other toys to get the size and battery life we like. BT was not aimed at such low powers. Even a clean-sheet short radio link is challenged by the very low power users expect. And since BT saturated the market for “low” power links, and the fancy HA market is not that large, HAs have to support some form of BT, laying off FM and ultrasound link technology.

Jim,
The book does discuss the strangle hold that the 6 major HA companies and audiologist have had on the market and that it has been, until recently, almost impossible to enter the market. United Health Care tried to enter the market for HAs and thought that with their experience in health care law they would be successful; they were wrong.
I also am more acutely aware of sound exposure than I was before I was diagnosed with moderate loss. I had a sheet of plywood cut at Home Depot last week and the employee making the cuts didn’t wear ear protection. I wished I had said something to him but didn’t. I may go back and do so.

plywood cut at Home Depot … employee …didn’t wear ear protection. I wished I had said something…

If you recall, the book describes the (hearing) carpenters working the deaf-school not wearing protection. If they don’t, why should H-D workers??

I think I have seen the H-D guy here put on glasses and muffs, but maybe not every time.

From OSHA’s point of view, the five-ten 2 minute exposures a day do not add up to much exposure at all. My roofer must log 10 times that much time*level.

I downloaded the SoundPrint app and track noise levels in places I go. Armed with data I do let people know about the damage they are doing to themselves and others. I do try to not be super obnoxious about it but———-

I’ve had the same experience at Home Depot. The table saws always have hearing protection hanging close by but the workers are usually too lazy or indifferent to don the protection.

From OSHA’s point of view, the five-ten 2 minute exposures a day do not add up to much exposure at all

It would all depend on how loud the noise is. If it’s really loud, even a short exposure can be damaging https://www.noisehelp.com/noise-dose.html- and it’s a “silent, cumulative killer” of hearing - a pennies eventually make dollars sort of thing. Even staying within OSHA limits does not guarantee you aren’t going to suffer hearing loss - it just (according to their judgement) reduces the likely severity of the loss to the point of diminishing returns for worrying about the noise effect - you can still come out the other side with some hearing loss caused by your occupational exposure within OSHA limits.

One of my favorite figures shows that the average 25-year old carpenter has the hearing loss of a 50-year old person (with a further figure showing the typical noise level of various wood working tools) - love my nail gun and those propane explosions but I decided long ago that I’d better wear gun muffs when I use it! EAR MACHINE, the invention that led directly to development of the Bose HEARphones, is still available FREE on Apple’s app store page. One needs to wear earbuds/phones to use it, of course. And function is hugely improved, I’m told, by attaching an external mic. So if one wants to study/try out how the HEARphones work, this is a good exercise.

Just got the kindle ebook