Which HA support for the Bluetooth Version 5?

No “Big Six” dispensed HA yet. Us non-Apple types are all waiting.

The Phonak B-Direct is getting us closer but I don’t think it’s specifically BT5.

Answer is shorter yet: None. Nobody has a hearing aid that supports Bluetooth 5. I can’t find anybody that has an earbud/earphone that supports it. I’ve seen some that are promised to be released later this year but that’s it. I think we’ve still got quite a wait for Bluetooth 5 hearing aids.

There are only a handful of high end smart phones which support Bluetooth 5 so none of the HA manufacturers have introduced a HA with it yet. Bluetooth 5 will likely be common in phones by 2020 which will provide the impetus for incorporation into HAs. Exactly how long it will take is anyone’s guess but whichever company does their R&D and comes out with the first HA to use Bluetooth 5 for direct streaming will likely win quite a bit of custom.

tecnically HA do not require bt 5.0) 4.2 is enough. as high quality music is not aim of hearing impaired. no audio need more than speed of 1 mbps which is capable for bt4.2 (5.0 is 2mbps) only this is major difference. who care about more far distance streaming which you cant see? 5.0 seems silly demand

When General Audio and Hearing Aid profiles are in place, BT5-enabled hearing aids will stream phone calls and music from your phone and stream audio from your tv. All this with no intermediate devices required. You could use your aids to stream audio from someone else’s tv when you go to visit. To say that doubling the bandwidth won’t make any difference to streaming quality is kind of silly in my opinion. We may be hearing-impaired but we need even more clarity in the sounds that we can hear. Bear in mind that BT5 bandwidth is still less than Classic Bluetooth which is what our current earbuds and headsets support.

When will BT5 audio be available? Could be years. The Bluetooth 5 that high end phones have now is just the low-level support. It’s like the foundations for a house with nothing else built yet. Not very useful in itself. Can that high-level useful stuff be added later? I wouldn’t mind knowing the answer to that question.

I can’t find anybody that has an earbud/earphone that supports it. I’ve seen some that are promised to be released later this year but that’s it.

You get people like the good folks at Touch - Ultra Small Wireless Bluetooth 5.0 Earbuds | Indiegogo who breathlessly extol the virtues of their ‘Bluetooth 5’ ear buds. Yet, when you drill down through the articles you see this bit:

With the upgrade to Bluetooth 4.2, Touch adds a layer of privacy upgrades and increased speed reducing the latency for smooth audio playback. Our engineers are actually researching Bluetooth 5.0 so stay tuned for more announcements.

Bluetooth 5 is lower energy and requires less power making it a standard which all HA manufacturers could then implement to allow those tiny batteries in HAs to stream over a longer distance and without intermediary devices. At the moment only MFi aids can use Apples proprietary system to stream direct or Phonak can use old Bluetooth technology and a special chip to stream only in mono and only direct to a phone with Bluetooth and only when they make some compromises on what they include in their HA program options.

I believe 4.2 Le didn’t care about latency. That’s how the many current BT chip operate. Even many BT chips ignored latency in the transmitter. It took a premium chip to provide that and they weren’t commonly used in low end equipment.

You had to buy a low latency transmitter to use regular BT to stream from a TV to maintain sync between audio and video. With that the case, BTLe 4.2 is an non-starter.

We are concerned about audio streaming and affect just audio latency not video.if you see any audio property 44 k Hz audio bit rate is normally 128 kbps is enough for songs also.exceptional 320 kbps but uncommon

You have no interest in watching tv and using bluetooth for audio? Audio latency is one half of audio-video synchronisation. Most people like to see the actors’ lips move and hear the sound at the same time. Audio latency also affects the overall experience when listening to an audio source that is simultaneously being played over loudspeakers. If latency is low the sound from Bluetooth masks a lot of the sound from the loudspeaker. If latency is high the sound continues after each word like a muddy echo. it’s disorienting and unpleasant.

Many people will disagree that 128kbps is enough for music. My ears are definitely not golden and I can tell the difference.

Anyway BT 4.2 LE has gone as far as it’s going to go. It was originally designed as a burst mode protocol, not for streaming. Apple tweaked it and made it do things it wasn’t designed to do. If anything else were going to happen it would have happened by now. The future lies with BT 5. 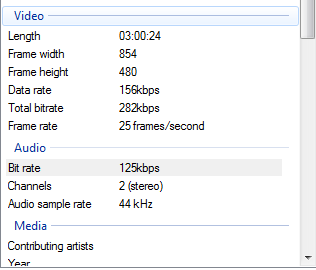 see what video and bitrate latency wont occure in 4.2 its less than cuttoff show higher rate audio bitrate where you discover latency i will stream it i have signia nx. second part about adoption of bt 5.0 fragmentation stop adoption of android to be used by hearing aid manufacturer since any android do not provide update of firmware unless new major os release and that too just 2 os mostly and other company do not give any update even big companies delayed oreo phone which require project treble require mandated update. it might be just dream to predict direct stream from android since only audio in androd p improved which is in devloper beta mod.