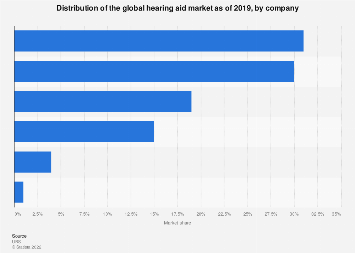 Sonova had the largest share of the global hearing aid market, with 31 percent.

I’m looking to buy new hearing aids in 2021 and want to narrow my research to top three selling brands in U.S. I’d like to get a feel what the buying public is purchasing regarding hearing aids and then narrow my search around the “three top manufacturers”. Concentrating research on top selling hearing aids brands is far easier then reviewing 10 to 15 hearing aid makers.

In answer to your ‘research’ question, again, fairly pointless. You can’t really tell the differences between hearing aids on paper. Each pair of aids with a custom fitting is subjective and might be based on your preferences over your prescription.

You might ‘prefer’ a slightly less harsh sound over extra clarity, even if this clarity offers you better measured performance. You might be twiddler (needing the functionality of a well featured phone app) or you might prefer to leave the aids to do everything for you.

There’s also a pile of other questions based on your personal ‘gamut’ of hearing.

Find someone you can work with, get a test, get a trial and work out the bits you like or dislike.

Edit: I see you’ve already had a Test; Stick some Oticon S1 on a Trial with power domes, that would be a good baseline for you to work from.

All the big manufacturers have good product. What is best for one, is not always best for another. I would suggest finding a local clinician who has access to all manufacturers. I have had a client recently who trialled Phonak followed by Oticon, then Resound. These were all top of the range products. He preferred Phonak. The next client could easily have a different outcome.

Thanks for replies. It appears there really isn’t any data that shows which manufactures sells more aids then the other. Which I find rather odd. Also can’t find how many Phonak Marvels were sold for a given year compared to say the Widex Moment. There is something to say about “safety in numbers” and if more hearing aid customers are buying brand A over brand B I’d like to know it.

Also there are numbers like 30% of aids are in the drawers.

Amount of sold devices only tells you how good sellers are, not how satisfied customers are or how much they really use the aid. Or in which environments, since needs of someone sitting at home in quiet definitely aren’t the same as for someone in the workplace with meetings / phone calls, commuting and what not.

If you haven’t already, I suggest getting some basics through these two sources 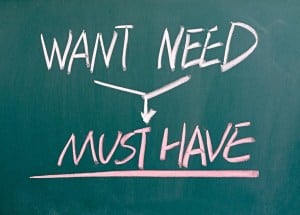 3 Must Have Hearing Aid Features in 2020

Have you ever wondered which hearing aid features make for the best hearing aids? Wonder no more. This article details the features you should go without. 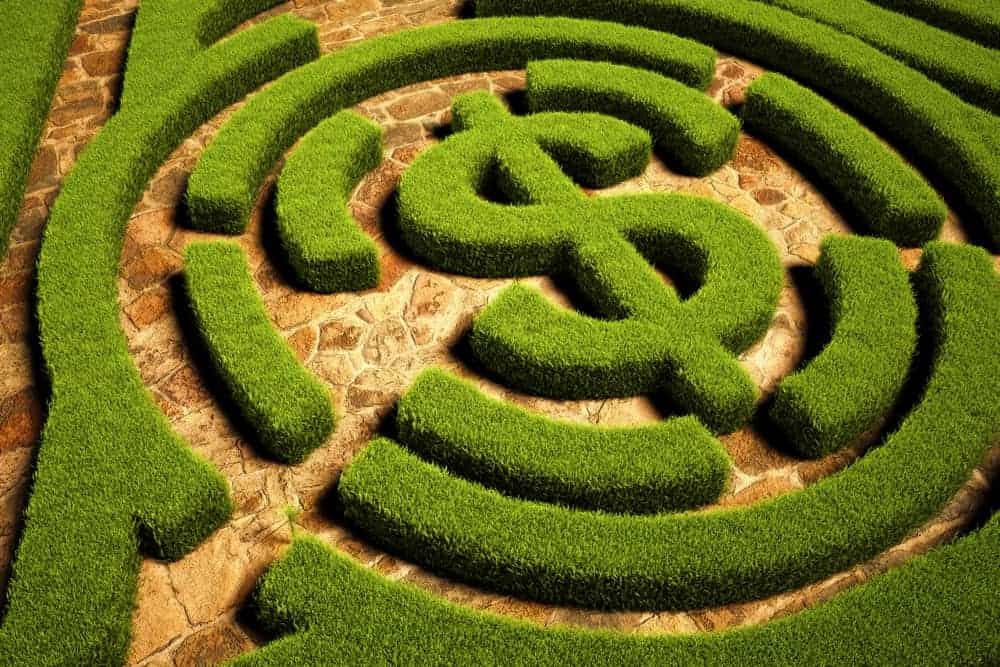 Do I really need such an expensive hearing aid?

And they have article about listening in noise, also recommended to read.

Thanks Blacky for all the info. There are many here who claim they trail new HA’s every couple weeks. Even some who say they rotate new aids (for testing) one week to the next. I’ve found most audiologists want me to trial one hearing aid at a time and for an extended period of time. I’ve never found an audiologist who would order two different aids at the same time. So I’m just trying to narrow down the selection process to start testing. Its all some what time consuming since you don’t want to get stuck with an aid that might not perform as well as some other competing hearing aid.

Don’t get bogged down with the unknown, there is no “Best” hearing aid, they all work pretty much the same way, manufacturers give different names for their features which turn out to be the same as the next. Do not not get taken in by the manufacturers blurb and what other people think is “Best” for you.
There’s 5 big ticket companies manufacturing hearing aids in today’s market, its really easy to Google and use the search engine from right here on hearingtracker to find popular brands to trial.
Only you can choose the “best” hearing aid for your situation, this is why you trial different hearing aids over a period of time, you choose what you think works best for you.

Agree with @tenkan. If you want to pick a hearing aid, rather than an audiologist, pick some criteria. Perhaps it needs to work well with a certain phone or you want an app with lots of control or you want it to be really good in wind, or? Picking a criteria or two can really narrow things down. Randomly picking one is ok too.

Or pick by color.

In general, pick first in any way, and trial it, wear for weeks if possible.

Then you’ll see what bothers you, can it be adjusted (options, vents), what you miss tech wise and so on.

Perfectly fine first pick is to start with something your fitter suggests.

It’s also perfectly fine to leave that fitter, go with next and take the same aid bc the second one knows how to fit it properly.

Testing back to back or simultaneously I think makes sense only if you’re focusing on one or two differences between the two aids (models, tech levels and such), but if this is your first test or after a long time (several years after last trial), then just pick one that is offered to you, so that you start building up.

I tested marvel in 70, and 90, had R while waiting for almost final, then paradises came, then no one knew what exactly R brings (spatial sensors) for me, so I tested both R and battery version.

But, I started with phonak based on ‘what phone do you have and do you want to stream’. I said no, but didn’t know what streaming is. Now can’t imagine my life without it.

I tried some small unitron for a few hours bc of requirements from my insurance, and results in quiet listening TV without any streamers was the same.

But, that’s only ‘other brand’ I’ve tried.

I always smile when I see people say phonak gave them most natural sound, since having one proper ear, I really can compare. Fun. But then, I think, how others sound.

Not curious enough to bother my fitter with testing, since I’d pay significantly more to get roger mics working. And I really want roger mics.

I went testing several models, to compare tech level, and when paradises came, to check that sensors.

I even had both at the same time to really compare the differences, since I was the first one (both here on forum and with my fitter) so that I can share findings

But, I didn’t trial other manufacturers. It was enough for me to see the cost (with roger mics), or some other stuff, and I’d compare with my baseline, and just one thing by one decided why I don’t want trial manufacturers.

I have extensive notes. If you really want to compare models, make notes.

Just don’t exhaust yourself before you put any in the ears. You’ll have plenty of time to figure out what’s what and to connect feature on the paper with your perception.

Just don’t go somewhere where they don’t give you several weeks per aid.

I have worn resound hearing aids for about 10 years and have spent the last 6 mo trying demo aids from a wonderful provider who is new to our area.
I don’t care how many are sold if I personally cannot understand speech with an aid!!!
I have been really surprised at the difference in the sound from the different brands and now I am working on narrowing down my choices.
I strongly recommend finding a good provider who carries most if not all of the major brands and asking to trial at least 3 before you make a decision!!