Anyone having problems with fluid blocking hearing aids domes?

This is slowly driving me mad, i must have used around 7 packs of wax filters in the last 5 months, which is a lot in my terms.

I never previously had this problem when wearing hearing aids, i normally use hydrogen peroxide mixed with water to clean my ears and then dry with an hair dryer on lowest setting.

It’s just the liquid wax (if this is an actual thing) is constantly blocking up my domes, i could try cleaning the wax out again but it didn’t seem to work last time and the wax or liquid wax came back rather quick. Even if i dry them up using a Q-tip, that wouldn’t work because it would re appear a few hours later.

Is this something i should see the doctor for? last time my ears were checked they were completely fine.

I could perhaps try a different wax cleaning solution.

Anyone have any tips on how to combat this?

A doctor once recommended this method to me. It worked, but it also stimulated the production of earwax by oh maybe ten-fold.

I used alcohol in the past, because it gave that nice stingy sensation. However, nowadays I switched to Chlorhexidine. It’s much kinder to my ears, and the frequency of the reason I had to use it, itching hearing aids, is much reduced. Wax production is quite down, too. (As that is probably what interest you most

But I would go to the doctor, too. If it’s a beginning outer ear infection that is causing the discharge, you want a prescription.

Hydrogen peroxide tends to be kind of irritating and it’s usually recommended to help remove hard, dry wax. Normally wax will work it’s way out on it’s own. Seeing a doctor isn’t a bad idea (or somebody else that can take a peak in your ears)

I see my ENT every two months to get my ears cleaned. Meanwhile I still get some wax buildup on my HA’s and have to replace the filters multiple times in between visits. I have found that just letting my ears air dry after a shower seems to help a bit. If I try to dry my ears afterwards wax seems to build up more for some reason.

I had this problem with just my left ear blocking my mold with liquid wax when I wore them. Changing the material of the earmolds helped stop the problem. Not sure if that’s something you could try with what you have.

Just a bit of a cautionary note here - peroxide and ureaic acid found in many of the wax clearing solvents can aggravate the thin skin of the ear canal - leaving it dried out and prone to secondary infections like Eczema.

If you need to lubricate the canal, use olive oil or something potable - ideally warm/slightly saline water, otherwise you risk introducing more issues than you are resolving,

Just cleaned my ears out again yesterday with whatever i still had left in the dropper bottle, seems fine so far, last time i cleaned them out was about two and half months ago so i may just need regular cleaning.

I will definitely be getting some olive oil and trying that because like said above it does sound like a safer option, just longer process that’s all. I have also tried ALL dome sizes so currently wearing the smallest size domes.

If anyone else is looking to clean their own ears out i do recommend AcuLife ear syringe, just simply fill with warm water and stream each ear a few times, you can see all the bits in the sink!

My own experience has been that cleaning the ears just stimulates the production of earwax! No kidding, our ears want to maintain a protective coating of wax to prevent dust, etc., from working into the ear canal. For many years, I swabbed my ears out daily with rubbing alcohol (following my dear dad’s example). Worse thing in the world! It dried out my ear canals and invited infection. I’ve also tried that Miracell - that actually inflamed my ears, which led to otitis - probably cuz it blocked my pores. I also get itchy ear by day’s end wearing my ITE aids - especially if I’ve had some workouts or am in a very humid climate. That was one reason I switched to a BTE with wire + power dome in the ear - it breathes a bit better.

Age, medications & genetics also play a part, but what I’ve found works best is to remove the aids at night, giving me a full 8-10 hours of breathing ears; I also nuke my aids in a UV/fan dryer every single night and wipe them off with alcohol a couple times a month. Monkey around LESS with the actual ear canal, and explore options for sanitizing & drying the HA device instead.

As Zebras also points out: consider a different material for your aids. I can not wear any so-called “hypo-allergenic” mold in or on my ear, or it’s disaster. For that reason, even switching from hard case aid to the power domes, I now use the smoke-colored silicone dome instead of the clear plastic one, on my aud-guy’s advice.

So now it’s been four days since i cleaned my ears and i have to say it is an big improvement to what i had before, before was like having my domes blocked every morning when putting my aids in and had to fiddle around with them or replace filters.

I actually took pictures of my ear canals and noticed there is a bit of blood just on the end of the ear canal on both ears, i have had blood before but it doesn’t happen often, i do however notice that blood is very likely to appear when i wear the more occluded dome (medium closed/ large closed). I will definitely be making an appointment to get this checked.

Regarding the dome material, currently wearing the smokey domes, guess i could try the clear ones again.

I do remove aids at night but also use ear plugs, however i only put these in once i wake up due to noise in the morning and only have them in like two hours before i actually wake up. That’s still a good five+ hours with nothing in my ears, still i may try some ear muffs designed for sleeping.

As mentioned in a different post, something like this may be good just to temporarily clean out anything that may be getting in the way of hearing aid domes - 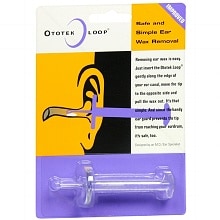 May actually try that tool.